Summer Bay’s hot teen lovers
Despite their on screen bickering Home And Away‘s Angel and Shane (Melissa George and Dieter Brummer, pictured) are headed for romance. But the thought of kissing on camera doesn’t look like upsetting the young stars.  Brummer, 17, just shrugs it off as part of the job. “You muck around and there’s no real feeling.  That’s purely your job — acting,” he told TV Week. Series newcomer George, the Perth teenager who won the part of Angel in a nationwide talent search, says it’s about having the right attitude. “It doesn’t bother me either. My attitude is that it’s your job, so I have to kiss him on camera, I’ll do it. After all, I don’t hate the guy,” she said. 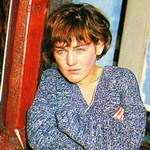 Bobby’s leaving home
Home And Away‘s Bobby (Nicolle Dickson) is headed for a dramatic exit from the series after six years.  Dickson, who for months has had to publicly deny rumours of her leaving the series, has just filmed her last scenes which will go to air in August. The actress, who first appeared as outsider Bobby (pictured) in the series pilot in 1988, made the decision some months ago to leave the show. “It’s about time I left,” Dickson told TV Week. “The show’s been good to me and I’ve learned a lot and I’ve grown up, but you can’t dwell on the fact you’re leaving a secure job. You just have to go with the flow and not stress out about it — otherwise you’d go insane.” 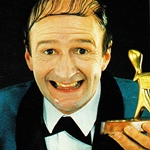 Back to his future
Garry McDonald has given TV Week his first interview since hes breakdown earlier in the year after the launch of The Norman Gunston Show. The series was set to run for 13 weeks but was dropped after three when McDonald had to pull out due to his deteriorating mental health. Four months later, a reinvigorated McDonald says he remembers little of the show’s brief appearance.  “I can’t remember too much about it. But truly, I really can’t, though people keep telling me it was funny,” he said. He is unsure of whether he will reprise the Gunston character (pictured) again. “I doubt it very much.  I don’t think I’d go back to doing a live TV show. It wasn’t the show that brought me undone in the end, it was a combination of things.” Meanwhile, he is moving ahead with plans to return to TV in the upcoming sixth series of Mother And Son in the familiar role of Arthur Beare. “I’m looking forward to going back to work.  A month ago I wasn’t,” he said.

Bourne to rule
Shane Bourne will be hosting Hey Hey It’s Saturday later this month when host Daryl Somers will be in London attending the premiere of musical Sunset Boulevard.  It will be the first time in Hey Hey‘s 22-year history that Somers has missed a show.  Bourne was picked over network stars Shirley Strachan (Our House), Steven Jacobs (All Together Now) and David Reyne (Getaway).  For Bourne it will be his first appearance on the show since his Great Aussie Joke segment wound up last year.  Since then he has appeared on Bingles for Network Ten and Tonight Live for Seven. 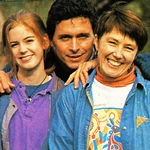 “One of my lasting impressions of the excellent British mini-series Prime Suspect, shown here about two years ago, is the prodigious number of cigarettes consumed by the formidable lead actress, Helen Mirren.  Early on in Prime Suspect 2 (Seven Network), DCI Tennison (Mirren) pops some more confectionery and observes that she has been off the fags for six days, five hours… and about fifteen minutes.  But you get the feeling she is not going to last much longer, and of course you are absolutely right.”

Tuesday:  Game show Wheel Of Fortune clocks up its 2500th episode (5.30pm, Seven).  In All Together Now (8pm, Nine), when the housekeeping money goes missing everyone is under suspicion — including Wayne (Bruno Lucia).  Blood Brothers, a four-part series of Indigenous stories, debuts (8.30pm, SBS).

Wednesday:  The two-hour special Exile And The Kingdom (8.30pm, ABC) presents an account of the experiences of the Injibandi/Nagaluma Aborigines in Western Australia from pre-colonial times through to the 1990s, including the social abuse caused by white men in the 1960s who took over their land to construct towns and railways for the mining industry.

Saturday:  In the special Crocodile Hunter — Sleeping With Crocodiles (6.30pm, Ten), Steve Irwin and film-maker John Stainton explore the habitats and idiosyncrasies of the crocodile.  In Beyond 2000 (7.30pm, Seven), Bryan Smith reports on a blood testing device that reduces the average testing time to 12 seconds; and Simon Reeve examines research to develop the first live sperm fertility test that gives an accurate analysis.