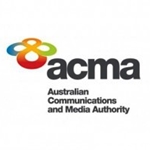 The Australian Communications and Media Authority (ACMA) is undertaking an investigation into the provision of local programming by regional networks.

The investigation, as directed last month by the former Minister for Broadband, Communications and the Digital Economy Stephen Conroy, will examine the effectiveness of local content conditions placed on regional broadcasters.

Since 2003 the Broadcasting Services Act has obligated regional broadcasters in the aggregated markets of Regional Queensland, Northern NSW, Southern NSW/ACT and Regional Victoria to provide a required minimum amount of program material of local interest.

The requirements were extended to broadcasters in Tasmania in 2008.

Local interest programming can include such things as news, current affairs, political analysis, sports coverage or special event programming that relates to the regional market of broadcast.

The broadcasters across these markets meet their obligations largely by news coverage, either via full-scale evening bulletins (e.g. WIN News, Southern Cross News and NBN News) or pre-recorded news updates spread throughout the day (e.g. Prime7 and Southern Cross Ten).

Recent cutbacks in the provision of local programming in regional South Australia and Western Australia have led to the investigation into the possible expansion of the local content provisions into other states.

WIN, the commercial monopoly in the Mount Gambier and Riverland markets, axed its local news service earlier this year.  The company, which also owns STW Nine Perth, has also axed its local 4.30pm Nine News bulletin which included a focus on regional news coverage from across Western Australia and acted as a replacement for the dedicated WIN News bulletin in WA that had been cancelled last year.

Submissions should be made to ACMA by email to [email protected], or by mail to:

Permanent link to this article: https://televisionau.com/2013/07/acma-investigates-regional-tv-content.html