The division of Labor
A new five-part documentary is set to unveil the bitterness and antagonism between former Prime Minister Bob Hawke and his successor Paul Keating.  ABC series Labor In Power features interviews with the former and current leader and details the struggles between them that date back to 1980.  Series creator Philip Chubb recalls that the dispute between the pair almost threatened Australia’s economy during the height of the ’90s recession.  “Episode five demonstrates that the budget was the last thing on anyone’s minds in the government.  The leadership question had so consumed the government at that stage that good government utterly stopped,” he told TV Week.  “Many senior people in the government say on camera that they stopped governing during that period.  It’s bad enough for a government to be consumed by passions at any time, but particularly during a recession.” 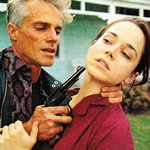 Hostage horror is no act!
Law Of The Land star Frances O’Connor admits that she felt genuinely afraid during scenes where her character is taken hostage by Tiger Burraston (Harold Hopkins).  “Harold is such a lovely guy in real life, but when we were doing the takes for the hostage scenes, he was very scary,” she told TV Week.  “What it brought home to me when Harold was pointing that gun to me was, what could you do in that situation?  Admittedly, the chances of that happening are slim, but women are more vulnerable these days because their roles have changed and will continue to change.”

A bit of sport!
HG Nelson, one half of the presenting team on ABC‘s This Sporting Life, has hit out at opposition shows, describing them as jokes.  “We own up to the fact we are just two boofheads sitting at the end of a darkened room, but the viewers love us,” HG (Greig Pickhaver) told TV Week.  “Unfortunately, the same can’t be said for other programs, which are complete jokes.  Let’s face it, current affairs is just chock-a-block with mirth these days.  I can hardly turn on A Current Affair, Real Life, The 7.30 Report or Hinch without rolling around the floor laughing.  Even on our own network, the ABC — you’ve got TVTV, very funny; the news, obviously a scream; The 7.30 Report, a riot.  And isn’t that Stuart Littlemore one of Australia’s leading comics?  So by the time you’ve finished with Stuey, you want to see something that is basically down-to-earth and giving you information after all those surface jokes.”

“While the Australian television industry might provide plenty of cause for complaint, all too frequently, just lately it has turned out some extraordinary documentary programs — television which is genuinely off the top shelf.  The ABC‘s Wolves Of The Sea and Baseclimb are two Australian-made programs, and both are the equal of anything you will see anywhere in the world.  Now comes Labor In Power, a series of five one-hour programs which — apart from being expertly crafted for television — also will lift the lid on some of the most momentous events of the past decade of Australian politics.”

Saturday:  In Beyond 2000 (7.30pm, Seven), Tracey Curro reports on the South American trade in garbage that feeds the poor and eliminates traffic jams; Amanda Keller experiences the thrill of a skateboard with a four-wheel-drive attitude; and Dr John D’Arcy discovers tropical prawns being raised in the North Island of New Zealand.