Big screen rescue!
Nothing has been formally announced but there are plans for production of a film version of ABC‘s Police Rescue.  Producer Southern Star Xanadu is seeking funding for the project from the Film Finance Corporation and the ABC has already given the green light to go ahead.  Police Rescue — The Movie is expected to feature all the show’s regular cast — including Gary Sweet, Sonia Todd, Steve Bastoni, Tammy MacIntosh, Steve Bisley and Jeremy Callaghan — with production due to commence late in the year after Sweet finishes his commitment to upcoming mini-series The Battlers. 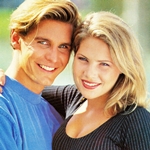 Paradise bitch!
Former E Street star Melissa Tkautz has scored a guest role in the Nine Network‘s upcoming series Paradise Beach.  Tkautz plays Vanessa Campbell, a scorned woman who arrives in Paradise Beach intent on causing trouble for Sean Hayden, played by Ingo Rademacher, who had ditched her after a three-year relationship.  “She’s a bit of a psycho, a real bitch,” Tkautz told TV Week.  “She is nothing like (her character) Nicki in E Street.  This one’s a real troublemaker.”  It is unknown if Tkautz will extend her stay in Paradise Beach beyond the initial guest appearance.  “At the moment this is just a guest role and I’ve got my music to get back to,” she said.

Greg’s full frontal assault on Phoenix
Greg Fleet not only plays an undercover drug squad detective in ABC‘s Phoenix, but he also stars in Seven‘s new sketch comedy series Full Frontal — and both programs air in the same timeslot (8.30pm Thursday).  Fleet says that if Full Frontal decides to give a serve to Phoenix it is likely he will be cast as the same character!  “It could prove to be very interesting,” he said. 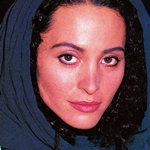 “With E Street now closed to traffic, Network Ten has been left with two gaping holes in its prime time schedule, and filling them, of course, has been a major headache.  And let’s face it, paraplegics who suddenly walk, serial killers, hit men and the occasional werewolf do take some replacing.  Melrose Place — the sort of poor cousin of the network’s only genuine hit, Beverly Hills 90210 — looks like being put in one of the hot seats.  Reruns of ABC‘s delightful comedy series Mother And Son are likely to fill the other.  Ten has bought rerun rights to five series of the Ruth Cracknell–Garry McDonald hit but, great as it is, Mother And Son can’t expect to be a blockbuster third time around.”

Monday:  Wonder World, the ’90s remake of the former series hosted by Simon Townsend, makes its debut (4.30pm, Nine) — and Eden Gaha returns with a new series of Vidiot (5.30pm, ABC).  In A Country Practice (7.30pm, Seven), Harry (Andrew Blackman) is still guilt ridden about the accident, and Jules’ (Loene Carmen) husband is unable to cope with her paralysis. 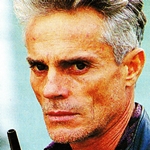