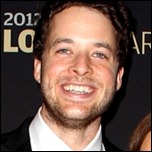 There was also celebration for Blake and his comedy cohort Andy Lee with their program Hamish And Andy’s Gap Year also winning a Logie for Most Popular Light Entertainment Program.

Following the usual Red Carpet coverage, Gold Logie nominee Adam Hills was the first presenter on stage at Crown Palladium.  Although Hills stressed that he was not hosting the show last night, his opening monologue showed that perhaps he was someone who should have been. 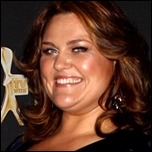 It was a long night, with Shaun Micallef appearing on screen after midnight to announce the winner of the Gold Logie – however controversy occurred behind the scenes, with the Herald Sun apparently reporting Blake’s victory online before it had been formally announced at the event itself and almost two hours before it appeared on air in the eastern states.

The newspaper said the mishap occurred during “live testing” of its iPad application and blamed the glitch on Google, claiming that the search engine had found the article before it had been published and hence perpetuated the headline online even after the Herald Sun had removed the article.  Media reports say Google has refuted the claim, stating that it can not access material that has not been published. 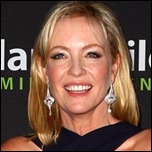 Seven’s Packed To The Rafters came away with two Logies – Most Popular Drama and Most Popular Actor (Hugh Sheridan) – prompting an unusual response from star Rebecca Gibney (pictured):  “For a show that’s in decline, we’re doing OK.”  Seven’s other dramas Winners And Losers and Home And Away also collected awards.

Network Ten’s Bondi Rescue won again for Most Popular Factual Series, and the network’s coverage of the 2011 AFL Grand Final won Most Popular Sports Program.  The network also ‘shared’ a Logie with ABC, with actress Asher Keddie winning the award for Most Popular Actress for her roles in Ten’s Offspring and ABC’s Paper Giants: The Birth Of Cleo.

ABC took away a number of awards, particularly among the industry-voted categories, for programs including The Slap, My Place, Spicks And Specks and Four Corners.  Adam Hills was awarded the Silver Logie for Most Popular Presenter, following a year that saw Spicks And Specks wind up after seven years and the debut of Adam Hills In Gordon Street Tonight.

SBS won the Logie for Most Outstanding Documentary Series for its widely-acclaimed series Go Back To Where You Came From.

There were musical performances from UK teen band One Direction, the legendary Tony Bennett, Flo Rida and The Voice judges Seal and Delta Goodrem. 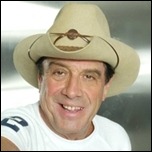 As speculated in recent media reports, Ian ‘Molly Meldrum (pictured) was inducted into the TV Week Logie Awards’ Hall Of Fame, with tributes from John Paul Young, Red Symons, Delta Goodrem, Dannii Minogue and Michael Gudinski.  The segment had a fairly sombre tone about it, appearing more like an obituary rather than a celebration of Meldrum’s work, but nevertheless Meldrum is a worthy recipient of the honour and it was well overdue.  The former Countdown and Hey Hey It’s Saturday presenter is recovering from severe injuries sustained from a fall just before Christmas and was not able to attend the awards presentation. 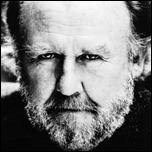 With the debut of The Voice and the four-hour Logies telecast, the Nine Network claimed a massive ratings victory, on a night where all three commercial networks rolled out the big guns to kick off the ratings after the Easter break.

The Voice topped the chart with 2.1 million viewers (OzTAM, 5 cities), with the TV Week Logie Awards occupying second and fourth spots (1.8m for the Red Carpet, 1.379 for the awards presentation).  Seven’s series return of Dancing With The Stars scored 1.076 viewers and ranked sixth for the night, while Ten’s screening of the movie Avatar was well down the list on 553,000 viewers. 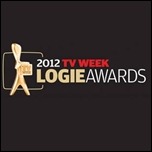 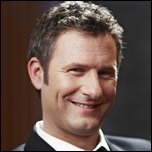 MOST POPULAR NEW MALE TALENT
Steve Peacocke (Home And Away)

MOST POPULAR DRAMA SERIES
Packed To The Rafters (Channel Seven) 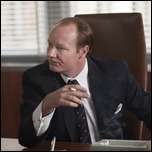 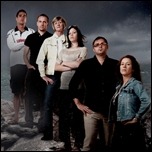 Data © OzTAM Pty Limited 2012. The Data may not be reproduced, published or communicated (electronically or in hard copy) without the prior
written consent of OzTAM.  Program performance and ranking information subject to change when not based on final program logs.

Permanent link to this article: https://televisionau.com/2012/04/the-54th-tv-week-logie-awards.html