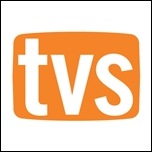 Sydney’s community television station TVS has announced it will be switching off its analogue transmission from Channel 31 next year, well ahead of the planned shutdown of analogue signals in Sydney.

From 1 March next year TVS will be broadcasting solely in digital – on channel number 44 (UHF Channel 29) – two years after it commenced simulcast with the analogue signal.

It is currently estimated that 74 per cent of Sydney households have access to at least one digital TV receiver.

TVS will be the third community TV station in Australia to be broadcasting in digital-only mode.  Brisbane’s 31 Digital ceased analogue transmission in May this year, and Perth’s WTV has been broadcasting exclusively in digital since its launch in 2010.

Melbourne’s C31 and Adelaide’s 44 continue to simulcast on both analogue and digital platforms.

All other analogue transmissions in the Sydney market are scheduled to be shutdown in the second half of 2013.

Permanent link to this article: https://televisionau.com/2011/12/tvs-to-do-early-analogue-switch-off.html