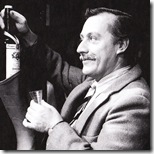 Veteran performer Ernie Bourne has died in Melbourne at the age of 82.

With a career dating back to the earliest days of Australian television, English-born Bourne appeared in early productions such as the courtroom drama Consider Your Verdict and the situation comedy Hey You! (pictured)

Bourne also starred in the popular ’60s children’s series The Magic Circle Club and its spin-off Adventure Island. Other TV credits include a raft of Crawford dramas such as Homicide, Division Four, Matlock Police and The Sullivans and historical dramas Against The Wind, Cash And Company and The Last Outlaw.

In the ’80s, Bourne had ongoing roles as prison chef Mervin Pringle in Prisoner and later as mechanic Rob Lewis in Neighbours.

As well as his lengthy list of television roles, Bourne was also an accomplished stage performer with roles in They’re Playing Our Song, Mame, Mack And Mabel, Anything Goes and Man Of La Mancha.

According to IMDB, Bourne’s most recent TV series roles were in children’s series Thunderstone and cop drama Blue Heelers. More recently, Bourne has featured in a series of commercials for a Melbourne sporting gear outlet.

And showbusiness runs in the family with daughter Sally, who also had an ongoing role in Prisoner, currently in the stage production Shane Warne The Musical.