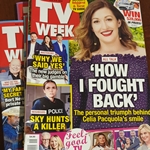 Bauer Media, the European-based publisher of magazine titles including TV Week, The Australian Women’s Weekly, Woman’s Day and recent additions New Idea and Better Homes And Gardens, has sold its Australian and New Zealand operation to an investment firm.

The sale price of the magazine business is a fraction of the $500 million that Bauer is said to have paid to take over the then ACP Magazines in 2012. At the time, ACP Magazines published 85 titles. Over the past eight years, Bauer Media has axed titles including women’s magazines Dolly, Cleo and Cosmopolitan and sacked hundreds of staff. In the midst of the coronavirus pandemic, Bauer has also suspended print publication of Elle, Harper’s Bazaar, NW, OK!, Men’s Health and Women’s Health. The suspended titles are expected to be brought back into print, according to Bauer Media Australia and New Zealand chief Brendon Hill.

A new name for the Bauer Media Australian and New Zealand operation under new ownership is to be announced. 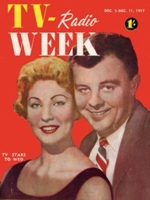 TV Week was founded by Southdown Press in 1957. In 1980, Southdown Press continued to publish the magazine on behalf of a partnership with Australian Consolidated Press (later ACP Magazines). In the process, TV Week was amalgamated with former rival titles TV Times and TV Guide.

In 2002, ACP exercised a clause in its joint agreement with Pacific Magazines (formerly Southdown Press) to secure full ownership of TV Week.

Permanent link to this article: https://televisionau.com/2020/06/tv-week-publisher-sold-to-investment-firm.html