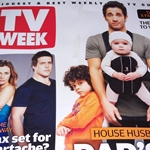 ACP Magazines, the magazine publishing arm of the Nine Entertainment Co. (NEC) and publisher of 85 titles including TV Week and Foxtel magazine, has been sold to German group Bauer for an undisclosed sum.

The sale brings an end to an era in publishing which dates back to 1936 with the formation of Consolidated Press, led by Frank Packer, although its signature title The Australian Women’s Weekly had been in print since 1933.

While Frank launched The Australian Women’s Weekly in the 1930s, his younger son Kerry also made publishing history in launching Cleo in the 1970s — the subject of last year’s Paper Giants: The Birth Of Cleo on ABC.

Just over a decade ago TV Week, which had been part-owned by ACP but published by rival Pacific Magazines, was the subject of a lengthy legal battle.  Packer’s ACP had bought outright control of the magazine from Pacific for around $60 million.  But it seemed both buyer and seller had failed to lock down the prized possession, the Logie Awards.  Pacific claimed the Awards were not included in the sale and would be aligned to its new TV magazine What’s On Weekly, while ACP claimed the Awards were property associated with TV Week and therefore included in the sale.  The court later ruled in Packer’s favour.

After Kerry died in 2005 his son James sold the traditional media interests out of the family company to private equity firm CVC Asia Pacific.

Nine Entertainment Co. CEO David Gyngell said the decision to sell ACP Magazines was not easy but would give its owners a considerable windfall:

“The decision to sell the magazine business is not one we have made lightly.  On balance however, the sale provides NEC with an attractive all cash valuation and ACP with the benefits of being part of a global publisher organisation. This sale will also allow us to focus on our core television and growing digital and events businesses.”

While no sale price has been disclosed it is believed that ACP Magazines may have been sold for around $500 million.  CVC Asia Pacific currently has a debt bill of around $3.6 billion.  The sale of ACP is due to be closed over the next few weeks but is subject to approval by the Foreign Investment Review Board.

The Bauer Media Group was formed in 1875 and currently publishes around 400 magazine titles and employs 8700 staff across 15 countries.

Permanent link to this article: https://televisionau.com/2012/09/nine-sells-off-acp-magazines-division.html