By 1970, after its first five years, Australia’s third commercial network, 0-10, had produced variety and comedy shows, news and current affairs, sports coverage, children’s and pop music programs. Although it had purchased children’s dramas like The Rovers and Barrier Reef, it had yet to tackle adult drama while its older network rivals were well established with hit shows Homicide and Division 4.

The first such series to come from the younger network was police drama The Long Arm, produced by Ansett Television Films, a sister company to the network’s Melbourne channel, ATV0. 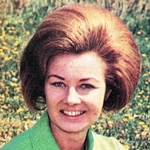 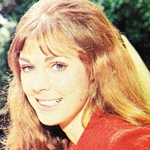 The Long Arm was originally commissioned for 13 episodes. ATV0 extended the commission to a further 13 but then had to pull the plug after its Sydney sister station TEN10 withdrew its support. The Long Arm ended up running for only 19 episodes.

The 0-10 Network persisted with the police genre and had better luck the following year with Matlock Police from Crawford Productions.

Permanent link to this article: https://televisionau.com/2020/04/the-long-arm-had-a-short-life.html