Home And Away star Kate Ritchie won the Gold Logie for Most Popular Personality On Australian TV at the 49th annual TV Week Logie Awards.

Ritchie also collected a Silver Logie for Most Popular Actress.

After almost 20 years in Home And Away — she started in the soap when she was nine — Ritchie was naturally excited: “I’m just really pleased that, even after 20 years, people are still interesting in watching a family show. I love being a part of it, so that makes for a very good combination. It’s also really nice to feel that whatever I’m doing is right — I’m on the right path.”

“Winning a Logie was never part of my plan,” she told TV Week. “I was never the hot new spunk in Summer Bay. As much as I always loved coming to the Logies as and as much as I would have loved to have won, it wasn’t something I thought was going to happen. It’s just really nice.”

Her win was from a tough field — with fellow nominees Bert Newton, Rove McManus, John Wood, John Howard, Rachael Carpani, Natalie Blair and Simmone Jade MacKinnon. SMS voting for the Gold Logie was open right up until the start of the awards presentation. 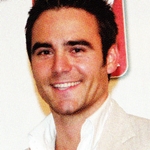 Rove McManus won the Silver Logie for Most Popular Presenter, while Rove Live won Most Popular Light Entertainment Program. For McManus it was his first Logie presentation without his wife Belinda Emmett, who had passed away only a few months earlier from cancer. He attended the Logies with his mum, Coralie. 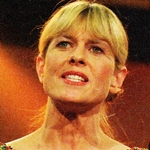 Crocodile Hunter Steve Irwin, who died in 2006, was posthumously inducted into the TV Week Logie Awards Hall Of Fame. His award was accepted by widow Terri (pictured). “What goes through my mind is that he should be here,” she said in accepting his award. “Steve’s done all the hard work and I really miss him. But Steve’s goal was to talk about humanity and the environment and our future. I think he would be very proud, honoured and also surprised.”

And Ray Martin‘s interview with Terri Irwin, soon after the death of Steve, was honoured with a Logie for Most Outstanding Public Affairs Report.

Foxtel drama series Love My Way received the Silver Logie for Most Outstanding Drama Series, Mini-Series Or Telemovie for the third year running. Cast member Brendan Cowell said it was a tough field of competition — with Answered By Fire, RAN: Remote Area Nurse, The Silence and The Society Murders the other nominees — so he didn’t expect Love My Way to succeed. 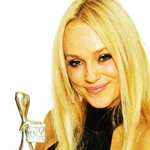 International guests at the Logies included NCIS star Michael Weatherly and Fantastic Four stars Jessica Alba and Ioan Gruffudd. Australian actress Rachel Griffiths, at this stage appearing in the US series Brothers And Sisters, was back in Australia as a special guest of the Logies. 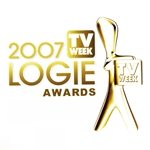 And in what was becoming a Logies tradition, there was no single host of the evening. Hosting duties were shared between Adam Hills, Fifi Box and Dave Hughes, with Hamish Blake and Andy Lee doing the “green room” interviews.

Jules Lund, Livinia Nixon and Jackie O hosted the Red Carpet Arrivals as the prelude to the main event.

The 49th annual TV Week Logie Awards were broadcast on the Nine Network. 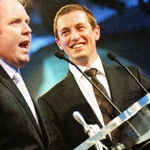 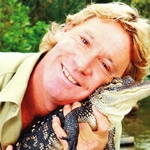 Permanent link to this article: https://televisionau.com/2017/04/tv-week-logie-awards-10-years-ago-6.html