In 2006, after ten nominations and seeing his co-star Lisa McCune collect four over the years, it finally happened. Blue Heelers star John Wood collected the Gold Logie for Most Popular Personality On Australian Television at the 48th annual TV Week Logie Awards.

“It’s wonderful, absolutely wonderful,” Wood told TV Week at the time. “I feel so humbled by the response that I’ve had from people all over the country. I feel deeply honoured.”

Wood’s win came at the expense of seven other nominees: Bridie Carter (McLeod’s Daughters), Ada Nicodemou (Home And Away), Bert Newton (Good Morning Australia), Bec Hewitt (Home And Away), Kate Ritchie (Home And Away), Rove McManus (Rove Live) and Natalie Bassingthwaighte (Neighbours). The eight nominees were subject to a public vote which didn’t close until just hours before the Gold was to be handed out.

Ironically, Wood’s Gold Logie win came after an announcement that Blue Heelers was to be axed after 12 years on air, but it was a fitting tribute for an actor and for his character, Tom Croydon, who had been with the series from day one. “This brings it to an absolutely beautiful close,” he said. “Tom Croydon became an iconic character for a lot of people. He’s the father figure of that show.” 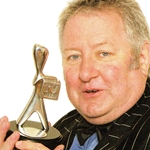 Wood (pictured) had also won the Silver Logie for Most Popular Actor for the second year in a row. His fellow nominees for the Silver included Home And Away‘s Chris Hemsworth.

The Logie for Most Popular Actress was won by Home And Away‘s Kate Ritchie. After almost 20 years as Sally Fletcher in the soap, this was Ritchie’s first Logie win. “It’s strange, because I’ve been going to the Logies for so long but at the same time, I’ve never felt like this before and I’m just thrilled. This was the one I really wanted to win,” she told TV Week. 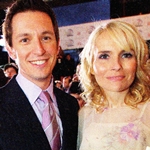 Rove Live host Rove McManus won the Silver Logie for Most Popular Presenter for the fourth consecutive year. Despite his acceptance speech mentioning just about everyone from his dentist to one of the Blakeney twins, he was certainly not blazé about the win. “It’s a marvellous award to get. It’s nice that they recognise presenters as people who aren’t actors, although I act like a presenter, so I think I cover both,” he told TV Week. It was to be the last time that McManus would attend the Logies with wife Belinda Emmett, who passed away from cancer later that year. 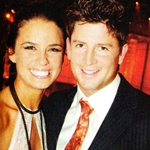 On top of Ritchie’s Silver Logie win, Home And Away won another three Logies — Most Popular New Male Talent (Paul O’Brien), Most Popular New Female Talent (Jodi Gordon) and Most Popular Australian Drama. “The show’s beautiful to watch — the location, the beaches,” O’Brien told TV Week. “Who doesn’t like the beach and the sunshine?” Gordon paid tribute to the show’s writers. “The writers deserve so much recognition,” she said. “The storylines are getting better and better.” 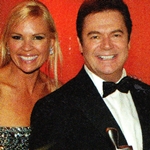 After four seasons, Dancing With The Stars (with Daryl Somers and Sonia Kruger, pictured) won Most Popular Light Entertainment/Comedy Program, beating fellow nominees Deal Or No Deal, The Glass House, Rove Live and Spicks And Specks. Meanwhile, Australian Idol won Most Popular Reality Program for the third year in a row. Series judge Mark Holden, himself a Logie winner back in the 1970s, said the show wins because “it’s brilliantly produced — you see some young people blossoming, some crashing, some burning”.

Foxtel drama series Love My Way picked up three awards — Most Outstanding Drama Series and Silver Logies for Most Outstanding Actor (Dan Wyllie) and actress (Claudia Karvan). Love My Way‘s wins came just as the drama was given the green light for a third series.

Another big winner on the night was Chris Lilley, whose mockumentary series We Can Be Heroes was awarded Most Outstanding Comedy Program. Lilley, who played all six lead characters in the ABC series, also won the inaugural Graham Kennedy Award For Most Outstanding New Talent.

Sigrid Thornton appeared on stage to induct ABC‘s Play School into the TV Week Logie Awards Hall Of Fame. The pre-school show was just a few months shy of its 40th birthday and became the third program in Logies history to be inducted into the Hall of Fame.

The awards presentation, held at Melbourne’s Crown Casino on Sunday 7 May, had five hosts: Bert Newton, Lisa McCune, Georgie Parker, Ray Martin and Daryl Somers. All five are multiple Gold Logie winners, assembled to pay tribute to 50 years of Australian television. Overseas guests included pop star Pink, actors Chris Noth (Law And Order: Criminal Intent) and George Eads (CSI) and comedian Joan Rivers, who was awarded a special pink Logie. “It’s the ugliest award I have ever seen!,” she responded. “You can get it on eBay tomorrow!”

Olympic athlete Cathy Freeman repeated her cameo appearance from We Can Be Heroes on stage in a musical number featuring Chris Lilley as Chinese musical theatre performer Ricky Wong. “She’s a really big fan of the show,” Lilley told TV Week. “She said yes straightaway. She was very nervous about singing.”

After the event TV Week conceded that some portions of the Logies presentation were cut from the delayed telecast. Comedian Heath Franklin‘s warm up act, as Chopper Read, featured plenty of colourful language, and an expletive from All Saints star John Howard was also cut. Viewers also missed out on co-host Somers making a dash to Shane Bourne‘s table to interview him… only to find Bourne was missing. “I was caught short,” Bourne later confessed. 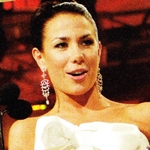 Permanent link to this article: https://televisionau.com/2016/05/tv-week-logie-awards-10-years-ago-5.html