‘I don’t care if I don’t come back!’
Former Home And Away star Les Hill (pictured) has lashed out at the industry that had made him a popular teen star, claiming hurt and disillusionment.   Before joining the series as a 16-year-old, he thought he knew what to expect.  “I knew about all the photo shoots, interviews and what not, but as far as for people dealing with people, that’s where I got confused,” he told TV Week.  “I didn’t even stop to think that people wouldn’t be straight… it just seems that if someone’s got it in for you, you’re a goner.  There is not much you can do about it.”  He is relocating to the United Kingdom and hopes to be able to re-start his acting career. “I don’t care if I don’t come back, and I don’t care if I change my career and become a street sweeper in London — it’s not important any more,” he said.  “I just thought this industry was much more than what it is.  People don’t care, they just don’t care.  They have no respect for you, unless you’re worth money.  The one thing that the past two years has taught me is that being famous isn’t important.  Liking myself is more important and that old cliche that happiness is more important than anything else, is true.”  Despite his criticism of the industry, Hill does recall good times with the cast and crew at Home And Away.  “Ray Meagher has taught me a lot,” he said. 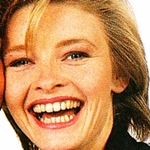 Tammy’s one of the boys again!
In ABC‘s Police Rescue, Tammy MacIntosh (pictured) plays the tomboy of the team.  A feisty and tough character, it is a role close to her heart.  And in Network Ten‘s new comedy series Bingles she plays the tomboy yet again as the daughter of the owner of a panel-beating workshop.  “I kind of enjoy these tomboy roles more than playing a bimbo or somebody who is just a love interest, because they have more strength,” she told TV Week.  Although Bingles has only just begun screening on Ten, two series of Bingles have been produced — but MacIntosh only appears in the first as she left the show when the Police Rescue role turned up. 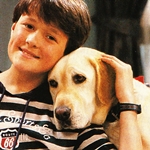 Ben bows out
Neighbours‘ producers have told 13-year-old cast member Ben Geurens (pictured) that he is to be written out of the show.  Geurens, who has played Toby Mangel for three years, is philosophical about the decision.  “I was a bit sad, but I guess that’s the way the ball bounces,” he said.  “They said they couldn’t do much with the character.  There was nowhere for him to go.”  Although there may the possibility of guest appearances in the future, he says this is unlikely.  “Once you go, you go,” he said. 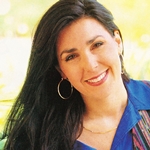 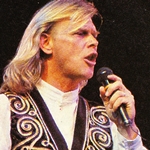 Lawrie Masterson: The View From Here
“He (John Farnham, pictured) sleeps too much and he can never find his socks, even thought his wife insists they’ve been kept in the same drawer for 10 years.  But, the revelation of those major personal defects aside, he’s not a bad bloke and he can sing a bit, and no-one could have been more deserving of the tribute which screened recently on Network Ten.  The real classic was the 1967 footage of record company executive Clive Baxter and producer David McKay discussing the possibility of getting a vacuum cleaner company involved in the promotion of a new song called Sadie The Cleaning Lady — then actually sending a woman dressed as Sadie out to the radio stations with the fresh-faced singer.  They don’t promote records now the way they used to.”

Tuesday:  Nine crosses to Sydney for World Series Cricket — Australia versus West Indies.  In the lead-up to 1993, the Year Of The Indigenous People, Aboriginal series Blackout (ABC) has adopted a new entertainment format — including comedy sketches, often based around role reversals.