Exclusively Elle!
Since model Elle Macpherson‘s recent TV special earned huge ratings for Nine — winning its timeslot in every city and in Sydney was only a whisker below the ratings for the Olympic Games closing ceremony — all three networks had been vying for her attention in the lead up to her Australian promotional tour. The Nine Network has since emerged as the successful applicant but then the battle was on between the network’s two current affairs stalwarts, 60 Minutes and A Current Affair.  The two programs have long had a bitter rivalry between them.  As a result they have never agreed to share an exclusive story — until now.  The programs have come to a rare agreement over the rights to interview Macpherson.   The A Current Affair interview to screen this week will form part of 60 Minutes‘ story the following Sunday.  It is a co-operation between the rival programs that has shocked even Nine staffers.

Sarah flies out
Sarah Monahan, Hey Dad‘s youngest cast member, is quitting the long-running series with plans to go overseas as an exchange student.  The 15-year-old, who has played the part of Jenny Kelly since the age of seven, will leave the show when its current series winds up in November.  Producer Gary Reilly has supported her decision to leave.  “I would love for Sarah to stay on the show, but if she doesn’t want to, that’s also fine — it’s up to her,” he told TV Week.  “She has spent nearly half her life in Hey Dad!  We’ve watched her grow up.”  Hey Dad! writers have yet to decide how they will write out Jenny from the series. 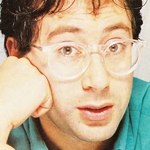 Stark choices!
Production begins in Melbourne this week on the $7 million mini-series Stark, based on British comedian Ben Elton‘s (pictured) novel of the same name.  The ABC and BBC joint venture will star Elton with Colin Friels, Deborra-Lee Furness, Bill Hunter, Gus Mercurio, Colette Mann and Jacqueline McKenzie.   Stark is a comedy-thriller about a powerful syndicate of industrialists with a cynical plan to overcome an impending economic disaster.  The group are thwarted by a motley group of greenies.  “We are going to be making a hugely impressive mini-series here,” Elton told TV Week.  “I think the project is going to be a hit worldwide.  It’ll turn a profit — there’s no question of that.” 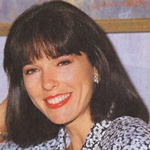 Lawrie Masterson: The View From Here
“Of all the scripts, submissions and even germs of ideas which must pass through the ABC‘s drama department each year, why specifically was Frankie’s House annointed?  This is not meant to dismiss the program out of hand or even cast aspersions on its production values… far from it.  But for a start, Frankie’s House is yet another look at the Vietnam War, a conflict and era which have been revisited so many times now by movie and television producers that even the subsequent generation knows most of the stock standard music by heart.”

Program Highlights (Melbourne, October 4-10):
Sunday:  Seven crosses to Mount Panorama for the Tooheys 1000, the 30th running of the Bathurst motor race.  The ten-hour telecast, from 8.00am, will be covered by over 30 cameras including nine racecam units.  Nine and Ten both have tennis coverage in the afternoon — the final of the Queensland Open from Brisbane (Ten) and the Exhibition Challenge between Andre Agassi and John McEnroe from the National Tennis Centre, Melbourne (Nine).   Nine’s documentary series Our World presents a Burke’s Backyard special, Listen To Our Kids, addressing why modern society is failing the development of children in particular due to sterile play environments on offer.  Sunday night movies are Rocky V (Seven), Triumph Of The Spirit (Nine) and the long-awaited TV release of 1982 film ET The Extra Terrestrial (Ten).

Tuesday:  In GP (ABC), Tessa (Marilynne Paspaley) is thrown into a medical and moral dilemma when a woman of Middle Eastern culture asks her to circumcise her daughter.  In the final episode of Sylvania Waters (ABC), Laurie and Noeline are at each other about relatives staying at their house while they’re away.  In the year’s final episode of The Flying Doctors (Nine), Penny (Sophie Lee) and Steve (Paul Kelman) split up, Jackie (Nikki Coghill) and Guy (David Reyne) split up, Rowie (Sarah Chadwick) decides to leave town, and Geoff (Robert Grubb) is making a video for daughter Scarlett’s first birthday. 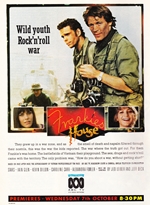