Cover: Rebekah Elmaloglou (Home And Away)

The jury back in on Sir Joh
The aborted perjury trial of the former Premier of Queensland, Sir Joh Bjelke-Petersen, is to be recreated in a telemovie to be produced by Southern Star and ABC.  The role of Sir Joh is to be played by comedian Gerry Connolly.  The production will also feature Noah Taylor, Rebecca Rigg and John Clayton.  “We are not in any way attempting to put Sir Joh on trial again,” a spokesperson for Southern Star told TV Week.  “We are simply showing what happened to the jury during and after the trial.”

Strictly television!
Paul Mercurio, star of the hit Australian film Strictly Ballroom, is to feature in upcoming specials on both ABC and SBS.  Mercurio is one of seven choreographers chosen to stage and perform The Seven Deadly Sins — Dance, to complement the upcoming ABC drama series Seven Deadly Sins.  He will also be the focus of a documentary, Paul Mercurio — Life’s Burning Desire, to screen on SBS in October.  The special looks at the formation and first work from Australian Choreographic Ensemble (the dance company former by Mercurio and his wife Andrea Toy) as well as the life and goals of the actor/dancer.  Strictly Ballroom has grossed $4.6 million in its first four weeks of release in Australia and has scored 13 nominations in the AFI Awards, to take place in October. 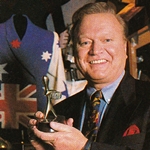 Bert hits the big Four-0
As he celebrates 40 years in showbusiness (he started in radio in 1952), Bert Newton (pictured) insists he’s never been happier.  As host of Network Ten‘s New Faces and The Morning Show, Newton is a key player in “rebuilding” the network’s fortunes after a period of unrest.  “You can’t hide from the fact that Ten is in the process of rebuilding, but I think we will rebuild into a formidable network,” Newton told TV Week.  “The plan they’ve got is very exciting and it’s nice to be a part of that.”  It’s a rapid comeback for Newton after a disappointing year that saw his bid to gain control of Melbourne radio station 3AK fall through.  “It’s all behind me now.  I can hold my head high.  I had a crack at something I believed in… it didn’t come off but that was last year,” he said. 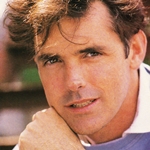 Andrew hits back at magazine
Actor Andrew McFarlane (pictured), best known from series including Division 4, The Sullivans, Patrol Boat and The Flying Doctors, has expressed anger over an interview published in a gay men’s magazine where he says comments regarding his private life have been misquoted and taken out of context.  “The (magazine) Outrage interview has grossly distorted what I said to the journalists concerned and I am greatly distressed that an inaccurate picture has been presented to the public,” he said in a statement from his lawyers.  “Not only am I misquoted, but answers as reported in the Outrage article were to different questions than printed.”  The interview as featured in the magazine was then followed up by reports in some Australian newspapers.

Lawrie Masterson: The View From Here
“Somewhere deep within our innermost selves, we are all supposed to secretly love being frightened out of our wits.  It must true of some people, otherwise Stephen King would be just another struggling author.  But, personally, I can live without having the hell scared out of me.  So it was with some trepidation that I took home a preview tape of King’s It, which will screen on the Seven Network in two-hour instalments.  King devotees — and I know you are out there en masse — will love it, but for me it fell down with a David and Goliath confrontation (slingshot included) towards the end and the corny resolution of some unfinished personal business between several of the core characters.” 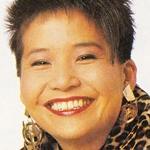 Monday:  In Healthy Wealthy And Wise (Ten), Jacki MacDonald talks to John Hawkins about different types of grass that can be used for decorative purposes, Jim Brown discovers the importance of radio communication when four-wheel driving in the bush, and Lyn Talbot visits Mildura.

Wednesday:  In Neighbours (Ten), Julie (Julie Mullins) is all set for the arrival of Philip’s (Ian Rawlings) son, Michael (Troy Beckwith) for the school holidays and is pleasantly surprised when some of their past rivalry seems to have diminished.  In Hey Dad! (Seven), Betty (Julie McGregor) is determined to win the Secretaries’ Olympics.