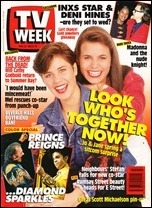 Sale stars in sitcom
Sale Of The Century’s Glenn Ridge and Jo Bailey are soon to be seen as guest stars in the Nine Network sitcom All Together Now. In the episode to screen this week, Anna (Jane Hall, pictured with Bailey) wins a spot on the popular quiz show. But Bailey is playing down her acting debut. “I wouldn’t exactly classify this as an acting debut,” she told TV Week. “When you see me on screen you’ll understand why. It wasn’t that much different to doing a show of Sale. And somehow I doubt the talent scouts will come chasing after me.”

Back out in the outback!
Some new faces and controversial storylines are set to feature in the revamped The Flying Doctors.  Heading the new cast list is Peter Phelps, taking on his first regular TV role in Australia for seven years.  Phelps, who recently had a stint in the US series Baywatch, plays the role of senior nurse Dennis Taylor, a former drug addict obsessed with helping others affected by narcotics.  “I have a few ex-junkie friends, so this is an important issue for me,” he told TV Week.  “I know people who have been through rehabilitation and I want to make this character real.”  Also joining the series when it returns to screens later this year are former Neighbours star Elaine Smith, Simone Buchanan (Hey Dad!), Belinda Davey (Prisoner), Lewis Fitz-Gerald, Lydia Miller, Marieke Hardy, Simon Grey and Steve Jacobs. 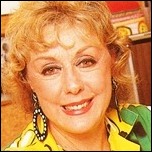 ‘We’ll miss Lorrae dreadfully’
Shane Porteous, the ‘elder statesman’ of A Country Practice, is fairly philosophical about the recent cast changes which saw long-serving colleagues Gordon Piper and Syd Heylen leave the series.  “The departure of (characters) Bob and Cookie is, I guess, a matter of artistic decision,” he told TV Week.  “It is up to the people who look at demographic surveys and say these characters are working, those characters aren’t, but I know we will miss them a lot.”  Meanwhile another original ACP cast member, Lorrae Desmond (pictured), is also about to leave the long-running series.  “We’ll miss Lorrae dreadfully, but it’s her decision.  Good luck to her – she has so many other things to do as an entertainer,” Porteous said.

Briefly…
Her character may have recently passed away in Home And Away, but that hasn’t stopped producers approaching Cathy Godbold about the possibility of a return to the series.  The former Chances star’s role as leukaemia-stricken Meg Bowman gave the series a ratings boost and producers are considering bringing her back to play another character.

The producers of Hey Dad! have been given the green light by the Nine Network for a new sitcom.  My Two Wives, starring Peter Fisher (Kingswood Country), Linda Newton, Morna Seres, Brett Blewitt, Patrick Ward and Kym Valentine, will begin production in Sydney in May and is expected to debut on Nine late in the year. 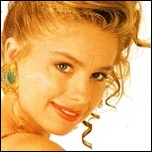 The battle between Network Ten soaps E Street and Neighbours for the services of Melissa Bell (pictured) has been won by E Street.  Bell, who had a brief role in E Street before moving to Melbourne-based Neighbours, is now returning to Sydney to play a new romantic interest for Bruce Samazan’s character Max.

Former Good Morning Australia host Kerri-Anne Kennerley is still on the Network Ten payroll although she has no on-air role at the present time – although she may soon be back on TV screens in a new show modelled on the popular US talk show hosted by Oprah Winfrey.  TV Week also hears that Kennerley is also potentially looking at a new project for the Seven Network. Lawrie Masterson: The View From Here
”First-run locally-produced drama on SBS is notable, if only for the fact that it is so rare.  By nature, the genre of program and the network don’t necessarily go together, although past associations have resulted in some pleasing success.  Still, it’s four years since SBS screened its previous effort, David Stevens’ mini-series Always Afternoon.  It is a decade since Bob Weis’ Women Of The Sun swept all before it, including the United Nations Media Peace Prize.  After all that time, Weis and SBS have joined forces again.  Six Pack is the label name they have given half a dozen self-contained dramas.  Each runs an hour, a format which, in itself, is fairly rare in an industry which leans towards open-ended soaps or four-hour “television events”, which used to be called mini-series.  Weis has done a commendable job drawing together fine casts to work with a mix of experienced and up-and-coming scriptwriters and directors.” 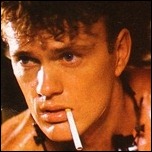 Monday:  In A Country Practice (Seven), Bob (Gordon Piper) and Cookie (Syd Heylen) return to Wandin Valley.  Seven presents the debut of two-part mini-series Heroes II – The Return, starring Craig McLachlan (pictured), John Bach, Christopher Morsley and Miranda Otto.  SBS debuts new drama series Six Pack, a series of six self-contained dramas.  The first Six Pack feature is Mimi Goes To The Analyst, the story of a sexually inhibited young woman who shares a flat with her sister and regularly visits an analyst to try and help her over her problems with the opposite sex.

Tuesday:  Showbiz veteran Hazel Phillips is a guest star in this week’s GP (ABC).  In A Country Practice (Seven), Terence (Shane Porteous) fears that Cookie (Syd Heylen) will die after an argument with Bob (Gordon Piper), but Bob has a surprise for Cookie.  In Chances (Nine), Alex’s (Jeremy Sims) life is in chaos when billionaire Crowley Lander (Barry Hill) offers him his empire and his daughter – while Jack (Tim Robertson) takes drastic steps to ensure Alex refuses. In Beyond 2000 (Seven), Amanda Keller tries out the musical instruments of the future, Dr John D’Arcy tests the robot that will guard a house, and Simon Reeve looks at the latest methods of earthquake prediction.

Thursday:  Seven’s popular comedy show Fast Forward is back with new episodes, followed by a concert special featuring Kylie Minogue in Dublin.  In the series final of Phoenix (ABC), Jock (Paul Sonkkila) and his officers have only six hours to question their suspects and charge them.