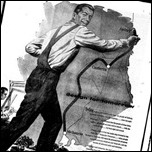 It was fifty years ago this month that saw the completion of the installation of the coaxial cable between Sydney and Melbourne, via Canberra.

The cable was a major milestone in Australia’s developing communications infrastructure. It was five years in the making and cost £5 million to complete. Its prime purpose was to boost the capacity for telecommunications between the two major cities. The cable, stretching more than 960 kilometres, was made up of three pairs of tubes, each pair capable of carrying 1,260 simultaneous telephone connections.

Ultimately the cable would allow the introduction of subscriber trunk dialling (STD) between the cities, removing the need for telephone users to have to make long distance calls through an operator. The cable was officially opened on 9 April 1962 by Prime Minister Sir Robert Menzies in Canberra flicking the switch, followed by the Lord Mayors of Sydney and Melbourne making the first direct-dial telephone call between their respective cities.

But while the cable was primarily for use by telephony it also had a secondary purpose – to provide a link between Sydney, Melbourne and Canberra for the transmission of television programs.

Television was still in its infancy when planning for the cable had commenced in 1957 – construction had commenced in 1959 – and the ability to connect Australia’s two major cities for the new medium was to be a significant development. Prior to the launch of the cable, connection between the two cities was limited to a network of mountain-top microwave links. The first Sydney-Melbourne transmission was made in January 1959 when Sydney television executive Brian Wright of ATN7 greeted viewers of In Melbourne Tonight on GTV9 on the eve of the Test cricket coverage that was to come to Melbourne from the Sydney Cricket Ground. 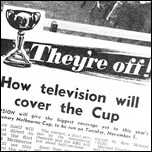 The microwave links were used for interstate transmission of a number of sporting telecasts, including transmission of the Melbourne Cup coverage to Sydney from 1960 in a rare joint broadcast between Sydney’s three television stations – ABN2, ATN7 and TCN9.

While the new coaxial cable had capacity to carry television programs as well as telecommunications traffic, and all channels had access to the infrastructure, it was not often used apart from special events and sporting telecasts such as the 1962-63 Test cricket series.

But the television industry’s biggest development in the use of the coaxial cable came late in 1963 – when the Frank Packer-owned channels TCN9 Sydney and GTV9 Melbourne entered into a two-year lease for a full-time two-way connection. The cost to the network was estimated at £100,000 a year – described as the equivalent cost of building a major television studio every year. The link would enable the two channels to instantly share program material and news content. The network had expected to offset the cost of the link with improved efficiencies in transporting program content between cities and by gaining a competitive edge over its rivals (noting the imminent launch of a third commercial network) in being able to broadcast news and program content across both cities simultaneously.

The coaxial cable link was first used by the National Television Network (now the Nine Network) for live coverage between Sydney, Melbourne and Canberra of the day’s federal election results on the evening of Saturday, 30 November 1963. 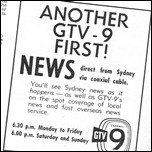 From the next day, the coaxial cable was used for the instant transmission of news material between TCN9 and GTV9, with viewers in each city able to see live interstate news reports. And a feature of both channel’s nightly news bulletins was Kevin Sanders Reports, a five-minute report from Canberra.

Over the summer of 1963-64, the cable started to be used for the instant relay of afternoon game shows between the two cities, and the two channels experimented with the link to determine future opportunities with a view to broadcasting or linking prime-time programs such as In Melbourne Tonight and Sydney’s Tonight With Dave Allen from February 1964. The network was well aware of the difference in viewing habits and tastes between the two cities and had the challenge of overcoming those differences while making the best use of the new link – noting that Kennedy had struggled to gain a major following in Sydney in the past and it was not known how well Irish comedian Dave Allen would be received in Melbourne. “We are going slowly on this one,” a TCN9 executive told TV Times in November 1963. “We hope that by getting together and creating a greater inter-city awareness through the news, sport and other programs, we can gradually break down these local tastes. We want to create a climate where Sydneysiders will accept Melbourne’s atmosphere and personalities, and vice versa.  Unless we can do this, it’s doom for live programming in Australia. With costs so high, there’s no future for this unless you can find a really national outlet for a show.”

The two National Television Network stations also committed to sharing its cable connection with the other networks “on occasions of national importance which are not subject to commercial exploitation. Certain major sporting relays, such as Test cricket, will be offered to the ABC and other stations, if the rights are available. We will also release the facilities for other purposes provided we receive proper notice of others wishes and provided they do not prejudice our own expensive commitments.” 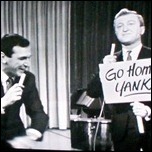 In 1965, TCN9 and GTV9 created television history with a split-screen broadcast linking their respective Tonight shows, with Kennedy in Melbourne and Don Lane (Allen’s successor) in Sydney performing a duet, live-to-air in each city. Kennedy recalled many years later that in television terms the concept was logistically as complex as the moon landing – but it created a defining moment in the development of television.

Permanent link to this article: https://televisionau.com/2012/04/cable-signalled-a-new-era-in-television.html