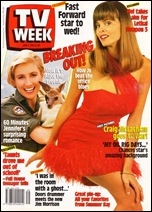 How Jo beat the office blues
Sale Of The Century’s new co-host Jo Bailey (pictured) is collecting a larger pay packet than most 21-year-olds, but the former accountant insists she isn’t in this business for the money and could earn as much in the long term by returning to her accounting-marketing career.  “Getting involved in television has definitely nothing to do with the money,” she told TV Week.  “I know people say this all the time, but job satisfaction is far more important to me.  I just didn’t like working with numbers.  I’ve never stayed at anything I haven’t liked and I don’t believe you should dwell on things.  It was a simple decision.  I wasn’t happy.” 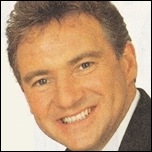 Greg chalks up a score
Blind Date host Greg Evans (pictured) says he’s learnt some valuable lessons in his 20-year showbusiness career.  Evans, who celebrated the 20-year milestone recently, says he’ll never be motivated by money again.  Starting in radio at country station 3CS, Evans went on to become a ratings hit with Melbourne’s 3XY and then a national celebrity as host of Ten’s top-rating Perfect Match. He was wooed across to rival network Nine in a deal that he says was too good to knock back but resulted in a less than fruitful run as host of some fairly ordinary game shows, Say G’Day and Crossfire, before returning to Perfect Match.  “Perhaps I should never have left (Perfect Match),” he told TV Week. “But at the time, it seemed that no one in their right mind would have rejected Nine’s offer.  They were ‘the cheque book days’… but I don’t blame Nine for anything.  You live and learn and I’ll never be motivated by money again.  Luckily, I was saved by (returning to) Perfect Match.”  The show was axed late in 1989 but was reinstated this year as Blind Date. 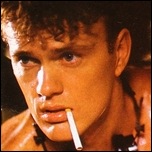 Craig goes to war
Craig McLachlan (pictured) has talked to TV Week about filming for the upcoming Seven Network mini-series Heroes 2 – The Return.  “It’s been an amazing experience for me,” he said.  “Before we started filming, we all had military training to get used to the conditions.  But no-one was prepared for this!”  For McLachlan, “this” included several days shooting in a rain-sodden, leech-infested forest, being attacked by sandflies and surrounded by fruit bats.  “The locations turned into hellholes for us make-believe soldiers.  The worst part other than the leeches and the rain was the sandflies.”  The $6.5 million production, also starring John Bach, Christopher Morsley, Wayne Kermond, Brendon Lunney, Miranda Otto and Anne Louise Lambert, is expected to be shown in the UK around Christmas and in Australia early in the new year. 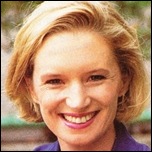 Briefly…
Comedienne and Fast Forward star Jane Turner (pictured) says it’s not always funny being a diplomat’s wife… especially when husband John Denton had been posted to the Australian Embassy in Baghdad, three months before the Gulf War.  When the Allied bombing of Baghdad seemed certain, Turner was “worried, but not terrified”.  “I know what a diplomatic life is like,” she told TV Week.  “John loves it – it’s his life.  He was calling and reassuring me everything was all right.  Maybe I had more cause to be worried!”.  Denton was one of the last three Australians to flee the war-torn city.

Former Sale Of The Century co-host Alyce Platt is loving her new role as wildlife ranger Christina Gurney in Seven’s new series Animal Park.  “The biggest thing that sold me on this role is that it is as far away from Alyce Platt on Sale Of The Century as possible.  That was important.  My wardrobe (now) is King Gee shorts, big green shirts, thick socks, big boots and no make-up,” she told TV Week.

After four years away from the series, Tom Oliver is set to return to Neighbours later this year.  It is expected that he will reprise his former character of used-car salesman Lou Carpenter, an old boyfriend of Madge Bishop (Anne Charleston), although this has not yet been confirmed.  His return stint is expected to be for four weeks.

The industry rumour mill is buzzing with speculation over a possible relationship between ABC host Andrew Denton and recently-separated 60 Minutes reporter Jennifer Byrne.

Actor Peter Kowitz, recently featured in the Nine Network mini-series Ring Of Scorpio, is joining the cast of Chances.  He will play Steven Harland, a government minister who is something of a thorn in the side of his party.

John Laws says…
”The test of any TV current affairs program is how well it can react to major news stories, national or international.  This “big news” scenario confronted the TV networks after the recent assassination of former Indian Prime Minister Rajiv Gandhi.  The circumstances of his death – a hideous bomb attack – gave the story a striking impetus.  So who came out on tops in the follow-up coverage?  Jana Wendt’s A Current Affair gave the slaying a brief coverage, but it was really left to SBS’ Dateline and Kerry O’Brien’s Lateline on ABC to probe deeply and convincingly.  I thought SBS came out slightly ahead.  Dateline also had it over Lateline by screening at 8.00pm against Lateline’s 10.30pm.  I’ve said it before in this column that Dateline (and, as it was, Tonight) is a significant force in TV current affairs viewing.  I doubt it has a spectacular following but it certainly deserves a wider audience.” 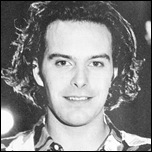 Tuesday:  In A Country Practice (Seven), Luke (Matt Day) is confronted with tragedy after being slipped an hallucinogenic drug.  In All Together Now (Nine), Wayne (Bruno Lucia) sells the rights to Bobby’s (Jon English) memoirs and persuades him to write an autobiography.

Wednesday:  Nine presents a late-night delayed telecast of the rugby league State Of Origin match between New South Wales and Queensland.  The coverage is hosted by Ken Sutcliffe with commentary by Darrell Eastlake, Peter Sterling and Ray Warren.

Thursday:  In E Street (Ten), Harley’s (Malcolm Kennard) drug dependency gets him in hot water.  In The Flying Doctors (Nine), the townsfolk are stunned when Dr Guy Reid’s (David Reyne) fiancee arrives unannounced to take him back to civilisation.

Friday:  Seven crosses to Perth for live coverage of the AFL match between West Coast Eagles and Footscray.