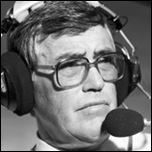 Sydney football legend and former commentator Rex Mossop has died in a Sydney hospital at the age of 83. The former rugby league and rugby union international forward had been admitted to hospital earlier this year with Alzheimer’s disease.  He was surrounded by family and friends when he died. Although he retired from the sport …

END_OF_DOCUMENT_TOKEN_TO_BE_REPLACED

Permanent link to this article: https://televisionau.com/2011/06/obituary-rex-mossop.html

There continues to be upheaval in the executive ranks at the Ten Network, with the network’s news director Jim Carroll (pictured) to step down from his position. With a background in print, radio and television journalism, including foreign postings, Carroll joined Ten in 2000 before being appointed head of news and current affairs in 2005.  …