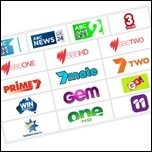 The largest shutdown of analogue television transmission in Australia to date takes place today as Regional Victoria becomes the next region to go entirely digital.

The Mildura/Sunraysia market farewelled analogue television transmission in June last year, and some small towns in Regional Victoria have already been changed over to digital-only transmission.

In the latest Digital Tracker survey, covering up to the end of March this year, approximately 85 per cent of Regional Victoria households had converted to digital television.  Local retailers were expecting a last-minute rush for digital TVs and set top boxes as the changeover was finally approaching. 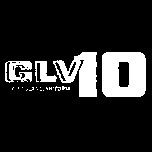 Today’s shutdown brings to an end almost fifty years of analogue television transmission in Regional Victoria – which started with the launch of Gippsland channel GLV10 on Saturday, 9 December 1961.  It was the first regional television station to commence transmission in Australia.

AMV4, based in Albury but licensed as a Victorian station, followed in September 1964 and STV8, Mildura, completed the rollout of commercial television across the state in November 1965. 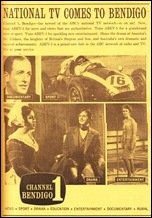 Meanwhile, national broadcaster ABC had expanded throughout the state during the mid-1960s, starting with ABEV1, Bendigo, in April 1963.

For much of the next thirty years, viewers across Regional Victoria had access only to their local commercial channel and ABC.  The advent of aggregation in January 1992 led to viewers across Regional Victoria (excluding Mildura) having a choice of commercial channels equal to that of the capital cities.  SBS had also been expanded across the state during the early 1990s.

The Federal Government has made allowances for financial assistance to eligible households in converting either to digital television or, where digital television reception is not possible, to gain access to the satellite-based VAST system.

Viewers in locations where locally-based “self-help” transmission facilities are not being upgraded to digital may also need to convert to VAST.

For details on the digital conversion, assistance options or access to VAST, refer to the Digital Ready website or telephone 1800 20 10 13.

Permanent link to this article: https://televisionau.com/2011/05/regional-victoria-enters-digital-tv-era.html