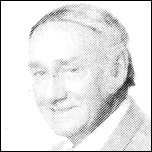 Noel Stanaway, former Queensland television weatherman and local boating identity, has died from a stroke at the age of 76.

A long-time presenter at Brisbane radio station 4KQ, Stanaway was a weather presenter for Brisbane television channels BTQ7 and TVQ10 during the 1980s.

He had a lifelong passion for boating, writing books on the topic and was commodore of the Mooloolaba Yacht Club.  For his contribution to boating he was awarded a British Empire Medal and an Australian Sporting Achievement Medal.

He enjoyed fishing and racing cars and also earned his pilot’s licence.

A funeral for Noel Stanaway will be held in Caloundra next Tuesday.

Permanent link to this article: https://televisionau.com/2011/05/obituary-noel-stanaway.html