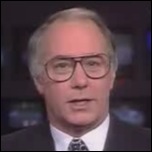 Ten News has tonight reported the death of former newsreader Eric Walters at the age of 73, after a three-year battle with pulmonary fibrosis.

Starting his career in the 1950s on radio in regional NSW, Walters later went to Perth where he worked in radio and television, including a stint as newsreader at TVW7, before heading overseas.

On his return to Australia, Walters was newsreader of TEN10 Sydney’s Eyewitness News in the 1970s and was again at Network Ten as newsreader of its 10.30pm newscast when it launched in 1991.

In 1977, Walters was co-host of the 0-10 Network special The National Survival Test which won a TV Week Logie Award for most outstanding contribution to community service.

He also served as a newsreader at the Nine Network, presenting morning news bulletins as well as reading the news on Today during the 1980s.  During the ‘90s he worked at the Seven Network on current affairs show Real Life.

Eric Walters is survived by wife Carol, a daughter and two sons.