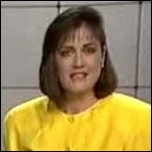 Last night’s Federal Election might not have returned a clear result but there were some familiar faces along the way. Sarah Henderson (pictured), representing the Liberal Party, had contested the Victorian marginal seat of Corangamite, including areas surrounding Geelong.  Henderson will be familiar to television viewers from her work as a newsreader and reporter at …

END_OF_DOCUMENT_TOKEN_TO_BE_REPLACED

Permanent link to this article: https://televisionau.com/2010/08/tv-names-battle-it-out-in-federal-election.html