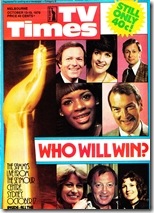 TV’s Big Night Out
TV Times presents a list of all the nominations for this week’s Australian Film and Television Awards – the Sammys – to be held at Sydney’s Seymour Centre and televised through the Seven Network.

Among the television categories:

Best Drama: Against The Wind, Cop Shop, The Oracle, Prisoner, Run From The Morning, The Restless Years, The Sullivans, The Young Doctors. 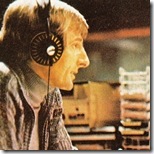 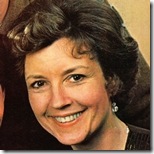 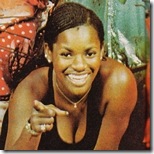 Movie bombing was real thing!
The telemovie The John Sullivan Story created an exclusive world first when it was shown on Australian TV recently.  The telemovie’s sequences of the London bomb blitz was not special effects but was footage of the actual event.  It is believed to be the only colour footage of the era in existence and the only time it has been shown publicly was in The John Sullivan Story.  Associate Producer Allan Hardy said it was “pure luck” that the film was uncovered:  “Producer John Barrington rang a contact in London and asked if there was any colour film of London during the blitz.  I don’t think either he or the contact expected that there was so you can imagine how thrilled we were when a reel turned up.  Apparently an English woman had a habit of filming bomb salvage scenes at night.  She used to store the camera under her bed… where it remained until recently.  We now have the exclusive rights to what could be the only known colour film taken during the way.  It was a real stroke of luck and it hardly cost us anything.” 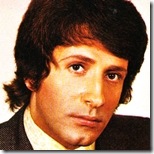 Will the real Pantyhose Murderer please stand up!
Producing a long-running TV series is not without its hazards and there isn’t a series that hasn’t given its writers challenges when things might go wrong or even when there are circumstances beyond the producers’ control.  Bill Harmon and Johnny Whyte, two of the names behind the phenomenally successful Number 96, cheerfully admit that mistakes were made during the show’s six years in production.  When the mystery “knicker snipper” was taunting the residents of Number 96 in 1972, three RSL clubs, noticing a downturn in attendances, chose to disclose the name of the attacker before it was known publicly.  Problem was, the scriptwriters didn’t even know it at that stage either.  Whyte recalls, “we had no idea who it was.  We had implied it was someone in the block of flats, but we were halfway through the story before we sat down and decided who it would be.”  Knowing that the series could not lose its two male sex symbols, Tom Oliver or Joe Hasham (pictured), they had little choice but to choose character Alan Cotterell (Mark Hashfield) as the culprit.  Sometimes scriptwriters just plainly make mistakes.  Both Harmon and Whyte recall one of their greatest regrets was allowing gay Dudley Butterfield (Chard Hayward) to turn bi-sexual, in the hope that giving him a female love interest would broaden his appeal with viewers.  The change did not work and Hayward left the show six months later.  Some of TV’s other dramas have also had their scriptwriting downfalls.  Hugh Stuckey, script editor for The Restless Years, admitted they were left with a dilemma when Julieanne Newbould decided to leave the series, leaving her on-screen husband, played by Malcolm Thompson, in limbo while Newbould’s character was said to be away on what must be the world’s longest cruise, while producers hope to coax Newbould back into the series.  It is a dilemma that is still yet to be resolved.  James Davern, producer of the former ABC series Bellbird, says that sometimes dilemmas are brought on when actors or actresses sometimes put a higher price on themselves which can conflict with production budgets:  “That’s always the problem of a producer of a long-running serial.  If they insist, then you have to write them out.  The easiest way to do that is to kill the character.”  Prisoner producer Ian Bradley has regretted writing out the character of prison counsellor Bill Jackson (Don Barker) by having him killed in an early episode of the series:  “I wrote him out in the interests of a dramatic storyline and, after the initial impact, I have wishing I could bring him back ever since.”  Sometimes when a favourite cast member leaves a show, scriptwriters do resort to bringing them back as another character.  After Number 96 killed off Les Whittaker (Gordon McDougall) in the famous bomb-blast episode, producers later brought him back as Whittaker’s twin brother, Andrew.

Prisoner captures Jeanie the Cop Shop escapee
Actress Jeanie Drynan could have had an ongoing role in the popular series Cop Shop, but instead put love before career as she recently married writer/director Tony Bowman and as they are based in Sydney she decided she did not want to leave Sydney for an indefinite period for Cop Shop, based in Melbourne.  Instead, she has opted for a short-term role in another Melbourne-based series, Prisoner, which will see her away from Sydney for only a matter of weeks. 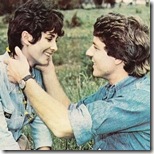 Briefly…
Prisoner co-stars and real-life newlyweds Peita Toppano and Barry Quin (pictured) are said to be leaving the top-rating 0-10 Network series.  Quin is to take the lead role in an upcoming ABC mini-series, Lucinda Brayford, while Toppano is negotiating for a role in the upcoming 0-10 Network mini-series Water Under The Bridge.

The Young Doctors star Karen Petersen doesn’t usually believe in “living” a role.  That is, until her character Erica Shaw was diagnosed with multiple sclerosis.  “After reading the research notes and meeting people with MS, I knew the only way I could do the part was to live it – and I was always one actress who didn’t believe in doing that.”  The episodes of Erica’s diagnosis were produced in association with the Multiple Sclerosis Society of NSW and Petersen is now closely involved with the society and hoped to do voluntary work for the organisation.

The 0-10 Network has announced it has bought Film Australia’s five-part documentary series, The Human Face Of China.  Pat Cleary, programming director at TEN10 Sydney, said the series could be screened by the end of the year.

Peter Whitford, John Howard and Judy Davis have signed up for roles in upcoming mini-series Water Under The Bridge.

Viewpoint: Letters to the Editor:
”The standard of TV commercials has fallen disastrously in the past couple of years.  I almost wish the battle against cigarette ads had been lost.” R. Milton, NSW. 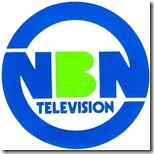 “It amazes me that a TV channel with the number of viewers that NBN3 Newcastle has never seems to worry about public opinion.  Yet another enjoyable series which is only half finished is to be axed.  The series, Dallas, is apparently very popular with viewers.  During the last Christmas holidays all midday movies on NBN3 were adults movies, but on the day school resumed the channel screened Tom Thumb.  NBN3 also seems to be one of the few channels in Australia that doesn’t screen The Sullivans.  They did screen it for a few weeks, then axed it, much to viewers’ disappointment.” V. Skinner, NSW.

“I would like to see Tony Bonner back in Cop Shop even though his character, McKenna, is supposed to be dead.  He was really fantastic and made the program fantastic.  Now it is not so interesting.  Also Danni (Paula Duncan) is great and it’s good that she still holds the show together.  It would have been good for McKenna and Danni to get married, because they would have made a good couple.” S. Hatfield, WA.

“We like the ABC program Whodunnit, but it is on at an awkward time.  We like to watch Eight Is Enough which finishes at 8.30pm on HSV7, but Whodunnit starts at 8.15pm.  So we either turn over three-quarters of the way through Eight Is Enough or turn to Whodunnit at 8.30pm, and then it’s not much use watching it because it’s quarter over.” T. Mein and C. Searle, VIC.

This Fabulous Century (HSV7, Sunday) looks at the history of three popular sports in Australia – surfing, cricket and football – as well a look at the career of tennis champion Evonne Cawley and Hawaiian swimming champion Kahanomoku, who introduced Australia to the sport of surfriding in 1915. 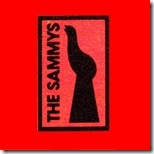 On Wednesday night, HSV7 presents the fourth annual presentation of the Australian Film and TV Awards – the Sammys – live from Sydney’s Seymour Centre and hosted by Roger Climpson.

Friday night presents a clash of movie epics, with 55 Days At Peking (HSV7), The Guns Of Navarone (GTV9) and The Nun’s Story (ATV0).  All three movies are three hours in length.

TV Times advises:  “As TV Times went to press, GTV9 had removed screenings of Family Feud, The Young Doctors and The Sullivans due to an industrial dispute.  The channel advises that if workers resume, all three shows will be screened as normal.”  As a result, GTV9 has advised replacement programs My Three Sons, Celebrity Charades and Angie in the respective timeslots.