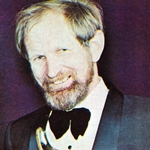 Harry Butler, best known as the presenter of the ABC documentary series In The Wild With Harry Butler, has died in Perth at the age of 85.

Butler, the 1979 Australian Of The Year, had been diagnosed with cancer two years ago but as recently as three months ago was still actively working on his farm.

Born in Western Australia in 1930, Butler trained as a teacher before commencing a career as an environmental consultant in the 1960s. He rose to national fame as host of In The Wild With Harry Butler, produced for ABC between 1976 and 1981. His popularity led to him winning the Gold Sammy at the 1977 Sammy Awards for film and television. In The Wild With Harry Butler also won a Sammy that year and a TV Week Logie Award in 1978 for Best Documentary Series.

Butler, of the belief that conservation and development were not incompatible, continued to work in environmental consulting roles for mining companies, developers and government agencies.  “I’ve achieved more by working with mining companies and other developers than I ever would have lying down in front of bulldozers,” he said in his acceptance of the Australian of the Year award.

He received an Order of Australia and was named as an Australian Living Treasure in 2012.

In The Wild With Harry Butler is now available on DVD.

Permanent link to this article: https://televisionau.com/2015/12/obituary-harry-butler.html