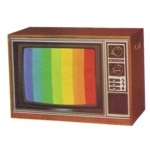 It was 40 years today that Australian TV (finally…!) began to colour our world. The wait for colour was a long one for Australia. The United States and Canada made the transition to colour by the mid-1960s, and the United Kingdom started the conversion to colour TV from 1967. Many European countries followed in 1968. Even …

END_OF_DOCUMENT_TOKEN_TO_BE_REPLACED

Permanent link to this article: https://televisionau.com/2014/10/40-years-of-colour-tv.html 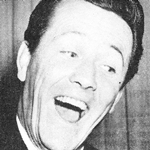