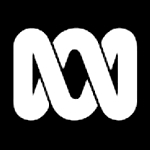 Former ABC gardening presenter Peter Cundall has died peacefully after a short illness at the age of 94.

Manchester-born Cundall served with the British Army in World War II and in 1950 settled in Tasmania, where he started a gardening and landscaping business in Launceston. This led to him answering listeners’ gardening questions on local radio in 1968. It was believed to be the world’s first gardening talkback radio program.

He also hosted gardening programs on ABC television in Tasmania from 1969 and took on a national profile when he hosted Gardening Australia from 1990 to 2008.

He was awarded Tasmania’s Senior Australian Of The Year in 2005 and a Member of the Order of Australia in 2007.

He continued to write newspaper columns and present radio talkback on gardening until his retirement in 2018.

Source: ABC, ABC, Australian Of The Year Awards, Department of the Prime Minister and Cabinet

Permanent link to this article: https://televisionau.com/2021/12/obituary-peter-cundall.html