Tag: This Is It

It is not often that we can witness the construction of a television station. However, thanks to rare footage that has come to light, we now get a close-up glimpse at the formation, construction and early days of Melbourne’s third commercial station ATV Channel 0 (now the Melbourne branch of Network Ten). The licence to operate …

END_OF_DOCUMENT_TOKEN_TO_BE_REPLACED

Permanent link to this article: https://televisionau.com/2017/12/the-making-of-atv-channel-0.html

[This Friday, 1 August, marks the 50th anniversary of the launch of the first channel in what is now Network Ten. Earlier this year we took a look at the countdown to the launch of this new channel — ATV0 — plus its first test programs. This week we present some special posts in commemorating …

END_OF_DOCUMENT_TOKEN_TO_BE_REPLACED 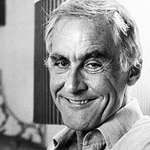 Ray Taylor, host of Australia’s first breakfast TV program, has died in Sydney at the age of 83. Born in Yorkshire, Taylor came to Australia in the early 1950s with his new Australian wife, Lesley.  With a media background that only entailed a few minor roles with Canadian broadcaster CBC, Taylor enrolled in an announcer’s …