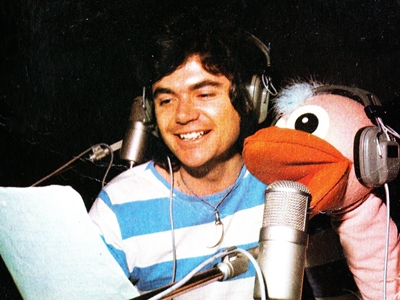 The Seven Network has confirmed plans to host a once-off special Hey Hey We’re 50 — celebrating 50 years since the debut of Hey Hey It’s Saturday — to go to air later this year.

In a statement issued by Seven, the show’s host and producer Daryl Somers said: “Trawling back through the vast archive has been almost as much fun as doing the show in the first place, so I hope we can offer a few laughs, not only to the die hard Hey Hey fans but to all Australians, as we desperately need a touch of levity at this time.”

Hey Hey It’s Saturday, which ran on the Nine Network, began as a Saturday morning kids’ cartoon show in October 1971, initially screening only in Melbourne. Its move to prime time in February 1984 led it to become one of Nine’s most successful brands of the ’80s and ’90s, eventually coming to an end in November 1999. The show made a popular return with two top-rating reunion specials in 2009, which triggered an international media storm as a result of a blackface act in the mock talent quest segment, Red Faces. Suddenly, Hey Hey It’s Saturday and Australia as a whole was widely condemned by some high-profile commentators around the world, while reaction in Australia ranged from outrage to cries of political correctness gone mad.

Earlier this year, the emergence of vintage footage from the show racially mocking performer Kamahl — a regular guest on Hey Hey It’s Saturday — similarly triggered widespread reaction and a public apology to Kamahl from Somers. Hey Hey It’s Saturday last appeared in a series in 2010 and was one of the last productions to come out of Nine’s heritage studios in Richmond. 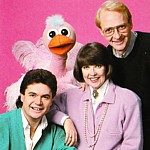 Hey Hey We’re 50 will be produced by Somers Carroll for the Seven Network.