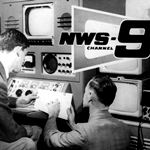 The building that was home to NWS9, Adelaide’s first TV station, is being demolished.

Former Nine presenters Michael Smyth and Keith Conlon have this week both tweeted images of the building being knocked down.

You can hear the ghosts of Humphrey, Winky Dink and Willsy as the old Channel 9 studios are torn down in Tynte Street. #Adelaide @tvtonightau pic.twitter.com/j3KvotQZZu

Demolition begins of the old main studio of the 1st TV station to go to air in #Adelaide – Channel 9 in 1959. Adelaide Tonight, the Country and Western Hour, Woodies Teentime… wonderful memories.@9Adelaide #historysa pic.twitter.com/gcslwxxBPD

The NWS9 studios on Tynte Street, North Adelaide, were opened in September 1959. The station’s launch was delayed as a fire had destroyed major sections of the construction only a couple of months earlier. The demolition, which is also to include the station’s former antenna tower, is set to make way for a multi-storey apartment complex. 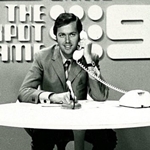 The former studios hosted many programs for Nine not just for Adelaide but for national audiences: Adelaide Tonight, The Country And Western Hour, The Jackpot Game, The Channel Niners, Here’s Humphrey, The Curiosity Show, C’mon Kids, Postcards, Christmas pantomimes, 30 years of telethons and over 50 years of news broadcasts.

Nine moved to its new premises on Pirie Street, in Adelaide’s CBD, in 2015. Permanent link to this article: https://televisionau.com/2018/09/former-nine-adelaide-studios-being-demolished.html