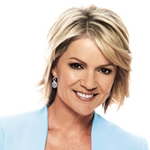 As the 2017 ratings year approaches, Network Ten has announced that it will be chopping three newsreaders from its network line-up.

From Monday 13 February, Ten Eyewitness News First At Five will revert to a single-newsreader format in Sydney, Melbourne and Brisbane.

In Sydney, Sandra Sully will become the solo news presenter at 5pm, with former on-air partner Hugh Riminton taking on a new role as political and foreign affairs reporter.

In Melbourne, Stephen Quartermain will remain as the solo anchor, and Georgina Lewis in Brisbane.

“Ten Eyewitness News First At Five is regarded by viewers as a trusted, quality source of the latest news, plus sport and weather,” news director John Choueifate said in a statement issued by the network.

“Our viewers know that we always bring them the stories that are most important to them. We have had single presenters of our 5pm News in Adelaide and Perth for years. It makes sense to move to that model in the other cities and, at the same time, strengthen our reporting teams.”

“Hugh, Candice and Lachlan are quality journalists who add years of experience to our reporting line-up. I’m thrilled to have them back on the road.”

Permanent link to this article: https://televisionau.com/2017/01/ten-downsizes-newsreading-teams.html