Wake up, Ramsay Street!
Network Ten has denied rumours that there were plans to dump Neighbours in favour of a new soap being developed by Southern Star, the producer of Ten’s ill-fated Echo Point. “The network is totally committed to keeping the show on air and is very happy with the new direction the show is taking,” Greg Stevens, the former Home And Away script producer now working on Neighbours, told TV Week. Ratings for Neighbours have taken a dive in recent times, with figures dropping to low double-digit shares in Sydney and Melbourne, and occasionally hitting single digits up against Today Tonight and A Current Affair. Stevens is confident that the new-look Neighbours, featuring more dramatic storylines and some surprising guest characters, will boost the ratings. “I believe that if we give the public good, strong emotional-based stories, they will respond with increased loyalty.” Viewers will start to see the changes on air from August, coinciding with a major publicity campaign. 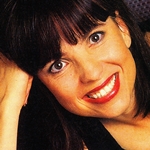 The gift of the gab!
Former The Comedy Company regular and Kittson Fahey co-star Maryanne Fahey (pictured) is making a return to TV — but you won’t see her on screen. Fahey is one of cast of actors providing voices for the Nine Network‘s animated series Crocadoo. Also featuring in the 26-part series are Judy Morris, Simon Westaway, David Gibson and Aaron Pedersen. Fahey’s former husband Ian McFadyen is also working as a writer for the series. Crocadoo tells the story of the battle between a hard-nosed property developer and a bunch of crocodiles. 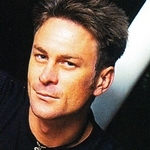 Program Highlights (Melbourne, June 29-July 5):
Saturday: Beyond 2000 (3.30pm, Ten) reports on a deadly poison that gives new life to kids with cerebral palsy; and a rocket that could replace the space shuttle. In Sweat (5.30pm, Ten), ignoring warnings from Greg (Quintin George) not to overdo it, Stewie (Heath Bergersen) pushes himself to the limit to impress the guest coach. Saturday Night Football (8.30pm, Seven) includes Fremantle Dockers versus North Melbourne, live from Perth. 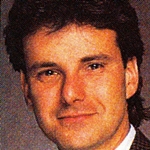 Monday: In Neighbours (6.30pm, Ten), Casper (Adam Fiorentino) is scared half to death by the sight of a partially hidden body in the boys’ clubhouse. In Water Rats (7.30pm, Nine), the crew are kept busy by a group of drunken university students on Shark Island and are given a hand by national parks and wildlife officers. Healthy Wealthy And Wise (7.30pm, Ten) presents the second of its special episodes from along the Murray River — with Iain Hewitson looking at the fruit offerings of the Sunraysia region, Jim Brown reports on local camping sites, and Peter Wherrett investigates the ingenuity of paddle-steamers.

Tuesday: In The Great Outdoors (8pm, Seven), Frankie J Holden tours the Moroccan city of Casablanca. In GP (8.30pm, ABC), Henry’s (Steve Bisley) loneliness propels him to the gym where he becomes involved with an instructor. In Blue Heelers (8.30pm, Seven), as the Heelers become involved with discipline problems at the local high school, Tom (John Wood) realises that his own problems are nothing in comparison to that of the new school principal’s.