ABC3 relaunching as ABC ME Torn between two Selinas
Home And Away newcomer Ben Unwin was excited to be having his first screen kiss on the soap — but it was a kiss that could have put him out of action for weeks. While Unwin, as Jesse, was in the throes of teenage passion with Selina (Tempany Deckert), both were unaware that Deckert was days away from being diagnosed with glandular fever. Luckily for Unwin, and the producers, he had already had the illness, while the part of Selina was temporarily re-cast to Louise Crawford. “It was hard to expect Louise to hop straight in and play Tempany’s role, but they’re both good actresses and I worked well with them,” he told TV Week. Home And Away is Unwin’s first ongoing TV role, although he had appeared in the series once before in a brief guest appearance. He has also appeared in GP and Eggshells. 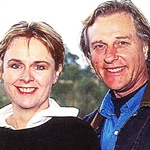 Wandin Valley reunion
Former A Country Practice stars Penny Cook and  Grant Dodwell (pictured), who played Vicky and Simon Bowen in the long-running series, have been reunited on screen after 13 years. Cook, a reporter on The Great Outdoors, was joined by Dodwell in a story on a winery owned and operated by ACP‘s former executive producer James Davern. “We thought it might be fun to get Grant along for The Great Outdoors story on James’ winery,” Cook told TV Week. The winery, located in the Hunter Valley, is called — naturally — Wandin Valley. 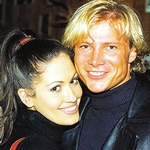 Moving in on Neighbours
Nicola Charles, the girlfriend of former Neighbours star Scott Michaelson, is moving in to the series to play the part of Sarah Beaumont — a half-sister of Catherine O’Brien (Radha Mitchell). The 26-year-old British-born model and actress has appeared in more than 200 commercials in the UK. “I went to drama school for 12 years and was trained as an actress and dancer, so I’m very excited about the move,” she told TV Week. “I was a fan when I was at school, during the Jason and Kylie years.” Michaelson played the part of Brad Willis for two years before leaving the soap in 1993. Charles makes her on screen debut in September.

Program Highlights (Melbourne, July 13-19):
Saturday: In Sweat (5.30pm, Ten), Tom’s (Martin Henderson) times are slipping and he becomes depressed and unfocused, leading Don (Paul Tassone) to give him an ultimatum — improve his times or he’s out. 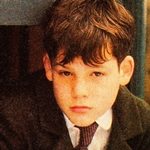 Sunday: AFL Sunday includes Brisbane Bears versus Essendon (2pm, Seven), live from Brisbane, followed by highlights of Melbourne versus Richmond (5pm, Seven). Jamie Croft (pictured) stars in the debut of children’s series Sun On The Stubble (6pm, ABC), the story of a youth from a German immigrant family growing up in a small wheat farming community in South Australia during the 1930s. In Banjo Paterson’s The Man From Snowy River (6.30pm, Nine), when a group of homeless Chinese labourers arrive at Patersons Ridge, Colin (Brett Climo) leads the town in helping them. Sunday night movies are Prelude To A Kiss (Seven), Coneheads (Nine) and Nowhere To Run (Ten).

Monday: In Neighbours (6.30pm, Ten), Darren (Todd MacDonald) isn’t impressed when he’s offered an illegal task to do for a mate inside jail. In Water Rats (7.30pm, Nine), Holloway (Colin Friels) finds a new lead on Kevin’s murder after a young robber is caught with Kevin’s gun. In Pacific Drive (11.10pm, Nine), Martin (Joss McWilliam) comes to a sickening realisation about his sister. 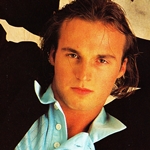 Tuesday: In Home And Away (7pm, Seven), Jesse (Ben Unwin, pictured) resigns when he catches Ailsa (Judy Nunn) checking the till after he rings up an order. In Better Homes And Gardens (7.30pm, Seven), Flame from Gladiators joins Belinda Jeffery in the kitchen; and Tony Fragar gives some tips on how to get the perfect pool without overspending. In Blue Heelers (8.30pm, Seven), when Dash (Tasma Walton) and Nick (William McInnes) are called to investigate a disturbance in a run-down old farm property, they find a scared child, a vandalised room and a dead lamb hanging from a light fitting.

Wednesday: In Home And Away (7pm, Seven), Shannon (Isla Fisher) jeopardises her life in the quest to capture environmental crooks. The second special in the six-year series Spirit 2000: Road To Atlanta (8.30pm, ABC) looks at the struggle in translating the Olympic dream into reality. 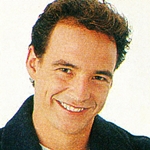 Thursday: Getaway (7.30pm, Nine) features a special episode, Bali And Beyond, featuring Lochie Daddo (pictured) and Catriona Rowntree visiting an orangutan rehabilitation centre in the jungles of Sumatra’s Gunrug Leuser National Park; and other reports covering Lombok Island and Mount Bromo. Play School celebrates its 30th birthday with the special, Everybody Sing (8pm, ABC), featuring past and present Play School presenters. In Mercury (8.30pm, ABC), Kevin Kinsella (Gerald Lepkowski) writes the moving and personal story of his and his wife’s experience on the IVF program.