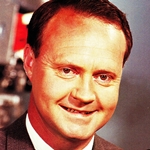 Lionel Williams, one of South Australia’s first TV presenters, has died in Adelaide at the age of 87.

From a career starting in radio in the early 1950s, Williams was one of the first presenters at Adelaide’s first television station, NWS9, when it launched in 1959.

In 1963 he won a TV Week Logie as South Australia’s Most Popular Male Personality, and it was front page news the day he announced his resignation from Adelaide Tonight in 1968. He had left the program to focus on his increasing commitment to the Australian International Travelcentre, a subsidiary of NWS9’s owner News Limited, but continued to do voice over announcements for NWS9 in the years that followed.

In the mid-1970s Williams hosted the game show Concentration, broadcast across the Seven Network. This was followed by Adelaide’s Woman’s World, which became The Lionel Williams Show. The daytime show ran for over a decade on ADS7, later ADS10, until 1988.

Lionel Williams is survived by his wife Elizabeth and their three children.