Battered, bruised and burnt!
Blue Heelers‘ Lisa McCune and Fire newcomer Tottie Goldsmith (pictured) are finding out the hard way about the physical demands of their jobs. McCune, referring to filming a dramatic two-part episode to go to air next month, told TV Week: “I had bruises all over my hips after shooting on Blue Heelers one day recently. I also missed the mat at one point and whacked my head really hard. I wanted to cry! But I couldn’t, because we were running behind schedule.” Goldsmith, who plays new character Tex in Fire, has also found the physical demands extreme. “The heat is extraordinary,” she told TV Week. “There’s one set we use where the temperature gets up to 50 degrees. We put gel on our skin to stop getting burnt, but if you miss any tiny place, it gets you. It was unbelievable.” She added, “I was being chased by a wall of fire that was being pulled by cables. Every time I turned around to see where the fire was, I felt the mascara melting on the ends of my eyelashes. It was frightening, but it was also very exciting.”

Bowler bows out
Blue Heelers star Grant Bowler is leaving the series after playing Constable Wayne Patterson for over two years. “This is a very good job and I’m not leaving it lightly,” he told TV Week. “It’s been a great run and I’m very fortunate. But I’m tired and I want to give series TV a rest for a while.” He filmed his last scenes with the show in December but will be seen on screen until April. Bowler is only the second of the show’s original cast to have left the series so far. The first was Ann Burbrook, who played Bowler’s on-screen wife. After Blue Heelers, Bowler, whose previous experience includes 18 months with the Bell Shakespeare Company, will be appearing in two stage plays in Sydney before taking a planned trip overseas. 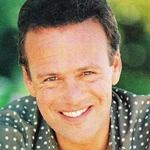 Feud for thought
Taking on the job of hosting Family Feud and moving away from the relative security of the Wheel Of Fortune announcer’s booth is John Deeks‘ (pictured) biggest career gamble. “I’ve been employed for 20 years by Seven and the Grundy Organisation, and what I do, I like to think I do well,” he told TV Week. “Doing Wheel for 10 years, I felt very much part of that show. John (Burgess) and Adriana (Xenides) and I just jogged along. No-one felt threatened by us. We were just a team who got in there and did it. With Feud, it is like putting my whole career on 13 weeks (one series) and saying, ‘Here you are, you’re going to be a star for 13 weeks, and then we’ll review it’.” Deeks said the offer to host Family Feud was completely unexpected but has paid tribute to former host Rob Brough, who is being kept on at the network. “Rob held it together for six years. To do a show for 13 weeks and have it stay on for another 13 is a big feat, but to tie it together for six years is another thing again.” 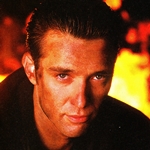 Tayler’s grief over Grievous
Fire star Tayler Kane (pictured) is set to leave the Seven Network drama when filming on the second series is completed, following heated discussions with management over the ongoing portrayal of his character, Grievous. “I had a lot of arguments with the producers because they were telling me I grew him (Grevious) up too quickly,” Kane told TV Week. “I don’t think it’s justified not to change Grevious.” Kane also looks back on the semi-nude scenes that he was often called on for in Fire‘s first and second series. “I didn’t have the self confidence then to say no. I thought I was contractually obliged,” he said. “But I mean, if anything it’s detrimental to your career as an actor, because it’s all superficial.” Kane, who before Fire had previous starred in 200 episodes of the UK soap Families, had also been working on a movie role in between the two Fire series. In the film Turning April, Kane plays Donny, “a quasi-leader of a gang of homeless bums, criminals, off-beat harmless people”. “It’s very different from the character I play in Fire, and it’s easy to see the difference. It really restored my love for acting, because I was proud of what I did and proud to be a part of it.” 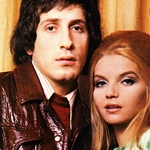 TV Turns 40: Blood, sweat and tears!
TV Week‘s look back at 40 years of television (started last week with Bert Newton‘s interview) this week covers the soaps: “We cried when Molly (Anne Tenney) died on A Country Practice, we were shocked when Don came out of the closet in Number 96 and we were dismayed when the nasty Charlie plunged to his death on Bellbird. The ABC‘s Bellbird is regarded as Australia’s first major television soap. Bellbird showed that for soaps, baddies are good. The show enjoyed its best ratings when Charlie Cousens (Robin Ramsay) fell to his death from a wheat silo. Other soaps later embraced the baddies concept: bisexual reporter Vikki Stafford (Judy Nunn) in The Box; ‘Pat the Rat’ (Rowena Wallace) on Sons And Daughters; Vera “Vinegar Tits” Bennett (Fiona Spence) on Prisoner; and, topping them all, Mr Bad (Vince Martin) on E Street. In terms of content, Number 96 was a ground breaker. Its opening night on the 0-10 Network in 1972 has been called “the night Australian television lost its virginity”. The then head of the Nine Network, Bruce Gyngell, said: “This program will not last”. But during the next six years and 1218 episodes, viewers were exposed to Abigail‘s breasts, numerous bedroom scenes, drug taking episodes and Australian soap’s first homosexual character, young solicitor Don Finlayson, played by Joe Hasham (pictured with Abigail).”

Program Highlights (Melbourne, January 13-19):
Saturday: Tennis continues with the Peters International (11am, Seven), live from White City, Sydney, and the finals of the Colonial Classic (9.30pm, Seven) from Kooyong, Melbourne.

Monday: The Australian Open (11am to 5.30pm, 8.30pm to 12.30am, Seven) begins two weeks of daily coverage, from the National Tennis Centre. Sale Of The Century (7pm, Nine) returns for the new year. In the series return of Home And Away (7pm, Seven), while Shane (Dieter Brummer) lies in a coma, Angel (Melissa George) panics about her unborn baby.

Wednesday: In Law Of The Land (7.30pm, Nine), an unconventional psychiatrist is accused of indecent assault by one of his delusional patients with sexual fantasies.

Thursday: The first final of World Series Cricket (2.20pm, Nine) is live from the Melbourne Cricket Ground — with only two hours of coverage allowed into Melbourne. In Home And Away (7pm, Seven), Jack (Daniel Amalm) decides to go back to his real family. The special First Day (8.30pm, ABC) looks at the different experiences of a range of five-year-olds as they prepare for their first day of school.

Friday: In Home And Away (7pm, Seven), Jack (Daniel Amalm) finds out the truth about his mother’s sudden love; and Kelly (Katrina Hobbs) discovers that she can’t face AIDS on her own.