Nicolle returns to her old haunts!
Former Home And Away favourite Nicolle Dickson is returning to the series… two years after her character, Bobby, was killed off! In upcoming episodes, Ailsa (Judy Nunn), who is approaching a nervous breakdown, has visions of her dead friend, Bobby. “It’s a really good storyline for Judy,” Dickson told TV Week. “I’m more part of Ailsa’s subconscious than a ghost!”

After 500 shows, Geoff’s still cooking
Geoff Jansz will soon be presenting his 500th episode of Nine‘s What’s Cooking. Since taking over from Gabriel Gate in 1993, Jansz has prepared more than 2000 recipes for the show. “I really enjoy it and never get tired of it. I just fall in a heap at the end of the day,” he told TV Week. “I like recipes that use fabulous ingredients and which viewers feel they can make too.” Some What’s Cooking segments are filmed at Jansz’s farm property at Bowral, New South Wales. “I said from day one that we should get a farm on What’s Cooking to show the growing side of it. They (Nine) finally agreed, so I spent all my holidays ploughing the fields!” 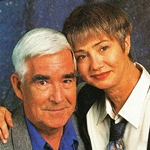 Michael set for GP marriage… to his real-life wife!
Fans of the ABC series GP will have been following the romance between William (Michael Craig) and Eva (Craig’s real-life wife, Sue Walker). William offered a vague proposal to Eva in episodes screened a few weeks ago, but the couple’s engagement storyline will not appear until later in the year. What is unknown is whether or not William and Eva finally do tie the knot.  “I think we will be married,” Craig told TV Week. “But we know nothing at the moment. We would be the last people to be told what is intended.” He is not exaggerating, either. Craig admitted that the first he heard about actor Steve Bisley joining the cast of GP was by watching a report on ABC’s magazine program TVTV. “There had been rumours,” he said. “They hadn’t actually informed us.” As to the show’s future, Craig is equally in the dark as to whether it will get renewed for another year or if he will be part of it. “There’s this sort of talk every year. All I can tell you is that we are both contracted with the show until the middle of October. As for whether I’d like to come back, that rather depends on what they do. The show might come back without me.” 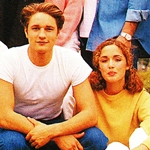 “Don’t do it — that’s all I can say about the first big steps towards televising criminal court proceedings in Australia. In Melbourne recently, Justice Teague allowed a television camera to record his sentencing to life imprisonment of self-confessed child killer Nathan John Avent. The footage, under Mr Justice Teague’s editing supervision and other stringent conditions, was allowed to be run on the television news services that night. But, apart from triggering a fairly hot public debate (“Murder sentence broadcast divides the nation”, said Page One of The Australian), did it really achieve much? The commercial networks led their bulletins with the story, mainly, they said, because of the historical significance of the footage. The ABC declined to do so, citing Mr Justice Teague’s conditions as compromising to the corporation’s editorial independence. Taking that position often can be seen as “precious”, but in this instance I don’t think so. I admire the stand the ABC took. Let’s not have lawyers more concerned about the media than their clients, the media more concerned about the prosecutor’s changes in hairstyle than the evidence she can produce. I know justice must be seen to have been done… but not seen live on television, thank you very much.”

Monday: In the debut of Echo Point (7pm, Ten), Daniel Blake (Phillip Gordon) returns to Echo Point after a long and bitter absence. In Home And Away (7pm, Seven), Marilyn (Emily Symons) returns to Summer Bay with her marriage in jeopardy. In the series final of Funky Squad (8pm, ABC), the squad becomes the subject of twisted death threats after an inmate with a score to settle is released from jail. In the Cody telemovie The Tipoff (8.30pm, Seven), Cody (Gary Sweet) and Fiorelli (Robert Mammone) stake out a gun shop after Cody gets a tip-off that a job is on. Later, Cody learns from his mother that Jimmy Cotter (Frankie J Holden), a childhood friend, is in town. Cotter, a thug turned slick businessman, sets up shonky investment companies and Cody’s mother loses a small fortune.

Tuesday: In Blue Heelers (8.30pm, Seven), when a woman reports her daughter as missing, the Blue Heelers find she has moved in with her schoolteacher. 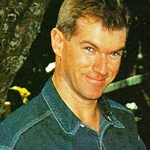 Thursday: In Home And Away (7pm, Seven), Ailsa (Judy Nunn) thinks Alf (Ray Meagher) is trying to kill her. In Wildlife With Olivia Newton-John (7.30pm, Nine), Michael Beatty visits a Spanish refuge for donkeys, Simon Reeve (pictured) visits Costa Rica in search of the country’s national emblem, the macaw, and Olivia Newton-John travels to Canada to report on a study into the Canadian moose.

Friday: In Home And Away (7pm, Seven), Sally (Kate Ritchie) is sprung with her fingers in the till. Friday Night Football (9.30pm, Seven) features delayed coverage of Collingwood versus St Kilda at the MCG.