Dynamic duo to play host to ‘Superman’!
Noni Hazlehurst (Better Homes And Gardens) and Andrew Daddo (World’s Greatest Commercials) have been announced as the hosts for the 37th annual TV Week Logie Awards. (NB: The awards were held on Friday 28 April but the Logies are previewed in this issue which went on sale the previous Monday). “I think it’s a great opportunity for me to do some good work, and I’m really thrilled,” Daddo told TV Week. “I think we’ll project a good sense of humour. Provided Noni and I have fun, everyone will have fun too.” Hazlehurst, with more than 20 years in the business, is wary not to emulate those that have hosted before her. “I would never try to fill Bert (Newton) or Ray’s (Martin) shoes,” she said. She was also full of praise for her co-host. “I hadn’t met Andrew before, but I’ve seen his work and he’s lived up to his promise already. I think he’s got a very good future.” International guest stars at the Logies are Dean Cain (Lois & Clark The New Adventures Of Superman), Mark Curry and Holly Robinson (Hangin’ With Mr Cooper) and Big Bird (Sesame Street). Local presenters to appear on the night include Kimberley Davies, Daryl Somers, Peter Phelps, Aaron Pedersen, Melissa George, Tim Ferguson, Alyssa-Jane Cook and Elle McFeast (Libbi Gorr). 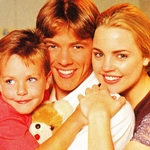 Perfect mismatch!
They’ve only just tied the knot but, in true soap opera fashion, the cracks may already be appearing in the fairytale marriage of Home And Away teenagers Shane and Angel (Dieter Brummer and Melissa George). Angel is fighting for custody of her son Dylan (Corey Glaister), which poses a financial burden as Dylan’s father Paul (Ramsay Everingham) is a lawyer and is also wanting custody. Meanwhile, Shane is laid off from the boatshed, furthering their financial stress. Brummer’s future with the series is uncertain. His contract with the show expires at the end of the year, and George is rumoured to leaving once her contract expires. “I don’t know what they’re going to do,” Brummer told TV Week. “Go out fighting and have a big divorce?”

Storm over Summer Bay wedding
Home And Away‘s “wedding of the year” wasn’t so warmly welcomed by some within the Seven Network. Current affairs program Today Tonight had assembled a ‘behind the scenes’ story of the wedding of teen sweethearts Shane (Dieter Brummer) and Angel (Melissa George), but Melbourne host Jill Singer demanded that the story be dropped because it was “too lightweight”. The Melbourne team held a vote and all but one voted to drop the story. The story went on to be shown on Today Tonight across the country — but not in Melbourne. 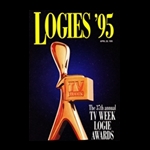 “There has been a terrific sense of anticipation to these Logies, the 37th time TV Week has staged the awards for the industry. Thanks to the co-operation of the Seven Network and other companies such as the Westfield Group (there’s a big event planned for Doncaster Shoppingtown on Logies eve) and Ansett Australia, Logies celebrations seem to have started before the awards this year. We know they’ll kick on for a considerable time afterwards — especially for some people I can’t name yet — but starting early is a new one, in my experience. Why not, though?” 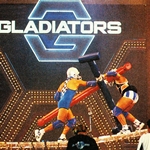 Program Highlights (Melbourne, April 29-May 5):
Saturday: Beyond 2000 (5.30pm, Ten) meets the world’s smartest kid — with an IQ so high it can’t be measured — and reports on an amazing medical breakthrough to help arthritis sufferers. The much-anticipated sports game show Gladiators (7.30pm, Seven) finally makes its debut — featuring four contestants (two male, two female) up against the super-fit squad of gladiators in a series of survival of the fittest events.

Sunday: Sunday night movies are Regarding Henry (repeat, Seven), Sommersby (Nine) and Back To The Future Part II (repeat, Ten).

Tuesday: Rebecca Gibney guest stars in GP (8.30pm, ABC) as a woman who gives birth prematurely to a stillborn baby. In the series final of Fire (9.30pm, Seven), it’s a race against time as Morgan (Georgie Parker) discovers a death trap.