Logies: And your nominees are…
TV Week previews the upcoming 37th annual TV Week Logie Awards, to be held at the Melbourne Concert Hall on Friday 28 April and televised on the Seven Network. International guests at the Logies will be Dean Cain from Lois & Clark The New Adventures Of Superman, Mark Curry and Holly Robinson from Hangin’ With Mr Cooper, and Sesame Street‘s Big Bird.

Most Popular Series: Banjo Paterson’s The Man From Snowy River, Blue Heelers, Home And Away 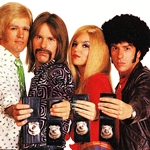 The odd squad!
Funky Squad, the new series from the D Generation, is described as “Mod Squad meets Starsky And Hutch“, paying homage to the cop shows of the Seventies. With the garish wardrobe and hairstyles of the decade, Funky Squad presents the hip team of crime fighters in touch with the “now” generation. The show stars D-Generation members Jane Kennedy, Santo Cilauro and Tom Gleisner, joined by Tim Ferguson (formerly of the Doug Anthony All-Stars). Funky Squad begins on ABC later this month. Messing with the Morphins!
The Full Frontal team are taking on children’s series Mighty Morphin Power Rangers in an upcoming sketch — though the cast themselves needed to get acquainted more with the show. “I watched it for the first time the night before we did our version,” Shaun Micallef (pictured second from left) told TV Week. “It just looked like a big ad to me. But kids seem to like things that turn into other things.” Former solicitor Micallef joined Full Frontal last year as a writer but now appears on screen. “It’s my first exposure to TV,” he said. “But acting and the law are very similar — they’re both about performance. Getting dressed up in the wig and gown and appearing in court isn’t that different from getting into a Power Rangers outfit!” Another newcomer to Full Frontal is Kitty Flanagan (pictured right), who used to be a copywriter in Sydney. “They sacked me,” she said. “So I became a stand-up comedian.” 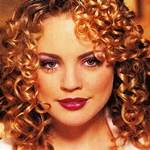 “Home And Away‘s Melissa George (pictured) was last year’s winner of the Most Popular New Talent Logie, and follows up this year with her first nomination for Gold. If her name is announced at the climax of the April 28 telecast, she will be the first female to win since Jana Wendt (1992) and the youngest since Kylie Minogue (1988).”

Monday: The Stawell Gift (2pm, ABC) is broadcast live. In Home And Away (7pm, Seven), Donna (Nicola Quilter) gives way to desire and kisses Andrew (Adrian Lee). In Healthy Wealthy And Wise (7.30pm, Ten), Ross Greenwood shows how to go about getting a job if you’re over 40. The FIFA World Youth Championship (12am, SBS) features Russia versus Brazil and Argentina versus Portugal, live from Qatar.

Tuesday: In GP (8.30pm, ABC), one of William’s (Michael Craig) patients takes matters into his own hands when he has to wait months for elective surgery. In Blue Heelers (8.30pm, Seven), a break-in at a Chinese restaurant raises police suspicions about a gang of racists; and Nick (William McInnes) is accused of negligence. 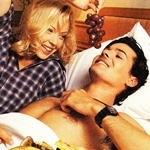 Wednesday: In Neighbours (6.30pm, Ten), Annalise and Sam (Kimberley Davies and Richard Grieve, pictured) are over the moon as their relationship blossoms. In Home And Away (7pm, Seven), Selina (Tempany Deckert) tells Shannon (Isla Fisher) she thinks she may be pregnant. The FIFA World Youth Championship (12am, SBS) features Nigeria versus Brazil and Spain versus Chile, live from Qatar.