Cover: Isla Fisher and Daniel Amalm (Home And Away)

New soap ready to roll
As reported last week, Network Ten has plans for a new soapie. Originally reported as being titled Back Home, a number of alternative names have been discussed but Bells Point appears to be the current favourite. Filming is due to start in April on the series that hopes to combine the cool inner-city vibe of E Street with the relaxed, bayside feel of Home And Away. Bells Point is set to feature four families — the Lomans, Brennans, Wintons and O’Connors — and mystery man Daniel Blake, a 33-year-old property owner who returns to Bells Point after a 15-year absence. Daniel has a dark secret involving the unsolved murder of parents many years earlier. The new series is a production of Southern Star Xanadu, better known for ABC’s Police Rescue. 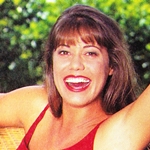 Kimberley Joseph joins Hey Hey
Following the retirement of Ernie Carroll (Ossie Ostrich) from Hey Hey It’s Saturday at the end of 1994, the show’s host and producer Daryl Somers has selected a new co-host to give the show a fresher look. Former Paradise Beach star Kimberley Joseph has joined the show after making some guest appearances last year. “I think she’ll be fantastic for us this year,” Somers told TV Week. “She is one of the most natural people we’ve ever had. She is comfortable on camera and nothing seems to faze her.” Somers also paid tribute to Carroll after the pair had worked together on-screen and off-screen for over 20 years. “It was obviously sad to see Ernie go, but the show has proved that it can change when necessary. This is one of the biggest changes ever, but we’ll get through it.” 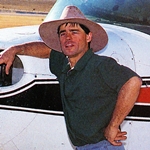 Flying vet’s feet stay on the ground
Peter Trembath is the man they call “The Flying Vet”. His veterinary clinic is located in Katherine, 300 kilometres south of Darwin, and his Cessna aircraft takes him around the Top End to tend to anything from crocodiles and snakes to domestic pets in outback stations. Starting this week his work days will be shown to a national audience in the new ABC series The Flying Vet, but he anything but a willing celebrity. “I think being a celebrity would be a hassle,” he told TV Week. “Being recognised won’t give me a rush of adrenalin; that only gives you a big ego and you become unbearable to those who live around you. I think fame must corrupt people to a certain extent.” No matter how the show pans out, he says it’s unlikely he’ll line up for a second series. “Like anything, the novelty wears off. The first few weeks were fun, but then you see the film crew coming and you say, ‘Oh s***! Here they come again’. I guess we’ll just wait and see.”

“Death and destruction, a government cover-up and a sinister plot that has never been solved, with a victim determined to see justice done… It sounds like the synopsis for a new thriller movie. In fact, it’s a real event in Australian history, the 1978 Sydney Hilton bombing. A new ABC documentary, Conspiracy, aims to re-open the case on this 17-year-old mystery. This is television at its powerful best. And far from being a dry, dreary program, Conspiracy is a gripping saga that includes dramatic re-creations of the bombing and its aftermath.”

Program Highlights (Melbourne, February 18-24):
Saturday: The Mercantile Mutual Cup (10am, Nine), Tasmania versus NSW, is live from Hobart. The Australian Masters Golf (12pm, Seven) continues through to Sunday. Harry Connick Jnr is the special guest in the return of Hey Hey It’s Saturday (6.30pm, Nine). Beyond 2000 (7.30pm, Ten) returns for a new year in a new timeslot.

Sunday: The documentary Conspiracy (8.30pm, ABC) looks at the events surrounding the bombing of the Sydney Hilton in 1978. Sunday night movies are The Crying Game (Seven), Reckless Kelly (Nine) and Terminator 2: Judgement Day (repeat, Ten). And for the first time we see the program title Infomercial (2am, Ten) appear in the TV listings.

Monday: In Neighbours (6.30pm, Ten), Brett (Brett Blewitt) still has the mumps and Cheryl (Caroline Gillmer) makes it her business to look after him. In Healthy Wealthy And Wise (7.30pm, Ten), Peter Wherrett visits an Energy Rally at Maryborough, Victoria. The event provides an opportunity for school students to design, build and operate purpose built vehicles of their own choice. 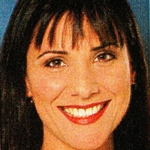 Tuesday: In Home And Away (7pm, Seven), Shane (Dieter Brummer) unleashes has anger on Alf (Ray Meagher), blaming him for putting Angel (Melissa George) in hospital. In the series return of Blue Heelers (8.30pm, Seven), when a middle-aged couple disappear from their farm without a trace, and a farmer Ron Novak (Petru Gheorghiu) reports that a UFO has landed in his back paddock, the Blue Heelers bring in the dog squad. In the return of GP (8.30pm, ABC), following the departure of Dr Tessa Korkidas (Marilynne Paspaley), William (Michael Craig) enlists the skills of bright young doctor Sonia Kapek (Zoe Carides, pictured) for the surgery.

Thursday: The daily adventures of vet Peter Trembath are covered in the new six-part series The Flying Vet (8pm, ABC). In Janus (8.30pm, ABC), the Hennesseys’ money has run out and Michael Kidd (Chris Haywood) won’t defend Mal (Brett Swain) unless he gets paid.