Helen investigates the cost of success
Helen Wellings has come a long way since making her TV debut in The Mike Walsh Show in 1974. “I came into this industry very gradually from being an interviewee. I could go back to my desk in the public service and see television for what it was and is — a medium of communication rather than a medium of adulation.” She was approached by Nine Network producer Gerald Stone to join the original 60 Minutes team in the late 1970s but she felt too strongly about consumer affairs to consider a broader career in journalism — though the idea of travelling was appealing! For ten years she has hosted ABC‘s consumer affairs program The Investigators but admits that her TV success has impacted her health. “I still have an enormously strong work ethic and sometimes that rides into my personal life and I have to sit up and ask who I am,” she told TV Week. “My career has also infringed on my health. I found at the end of last year I’d thrown myself into it too much.” 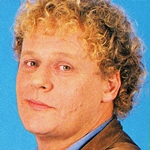 Critically injured!
Mark Mitchell (pictured) has responded to some of the fierce criticisms being levelled at him since taking over as co-host of ABC‘s TVTV. “The fact I am doing TVTV has generated some of the most vitriolic reaction I have ever known in my career,” he told TV Week. “I think I made the sin of transgression. I moved outside my preferred position in terms of the way people like to classify me. The critics become secure and confident in the way they like to classify performers. The success of the comedy has tended to eclipse anything that went before or comes after. I knew that would be a problem — maybe that is the case with TVTV now.” Mitchell has also been criticised for his recent hosting of Seven‘s Fawlty Towers screenings. “Don’t ever believe that someone on TV does not take the criticism seriously. We take it to heart and very personally. It does matter and it does hurt,” he said. “I love doing TVTV because it is all about an industry I love, television. I am amazed when I read that the show is a ‘wretched flop’. I have been in some wretched flops, so I know what it feels like. It doesn’t feel like it this time.” Aside from TVTV, Mitchell has also completed 78 episodes of an upcoming series of children’s show Lift Off and will soon be seen in ABC telemovie Fallout as New Zealand Prime Minister David Lange.

Aussie on the beach
Another Australian actor has scored a role in the US series Baywatch. Sydney model Rebecca Cross, whose acting credits include Hey Dad! and the film Exchange Lifeguards, is featured in five episodes of Baywatch as a love interest for Mitch Buchannon (David Hasselhoff). She joins fellow Aussie actor Jaason Simmons in the series. 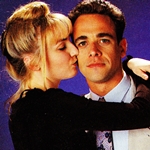 “HG and Roy have not let us down. They have balls — soccer balls, tennis and table tennis balls, Aussie Rules, rugby league and cricket balls, basketballs and even the orb known as the lawn bowl. And if you watch their program, Boys And Balls (ABC, Sunday), you’ll see balls from every possible angle and, at times, in startling close-up. You also will hear a remarkable array of high-profile male sporting types talking about their balls and how much they enjoy playing with them. (Oh, come on! Get your mind above the navel and give it a run out there in the packed stadium, please. This is nothing to do with smut, for goodness’ sake! This is serious, bloke stuff and there’s absolutely no room for sniggering behind your hand.)”

Program Highlights (Melbourne, September 24-30):
Saturday: The special The History Of Bathurst (12pm, Seven) traces the 25 year history of Bathurst, with race highlights and previously unseen footage from 1969 to 1993. In A Country Practice (5.30pm, Ten), Jess (Jane Hall) helps a young boy save his pet rabbit.

Monday: Sale Of The Century (7pm, Nine) begins the Battle Of The TV Shows — over the course of the week contestants include Eddie McGuire and Trevor Marmalade of The Footy Show (AFL), Elle McFeast (Libbi Gorr) and Mark Warren of Live And Sweaty, and Denise Roberts and Michael Craig from GP. In Home And Away (7pm, Seven), Alf (Ray Meagher) witnesses a moment of passion between Curtis (Shane Ammann) and Shannon (Isla Fisher). Bruce McAvaney hosts the 1994 Brownlow Medal Count (8.30pm, Seven), live from the Radisson President Hotel in Melbourne.

Tuesday: In Neighbours (6.30pm, Ten), Cheryl (Caroline Gilmer) believes her choice of Victoria (Mary-Rose Cuskelly) for a nanny was a good one until Serendipity (Raelee Hill) catches her neglecting Louise (Tessa Taylor). In Blue Heelers (7.30pm, Seven), two missing girls cause suspicion to be placed in an unfair direction when the Blue Heelers are looking for suspects. 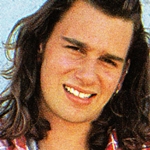