Lisa’s still dogged by doubts
Despite the success of Blue Heelers and the popularity of her character, Maggie Doyle, actress Lisa McCune (pictured) still worries about her performance. “It’s been a year since we made the pilot, but every Monday morning I still get nervous,” she says. “I get to work and think, ‘Can I really do this?’.” But a friendly, supportive crew and cast helps, she adds. So does the fact that there are no romances between cast members. “When we started the show, we all realised no-one was interested in anyone else in the cast. There was no-go with any of us.”

Four weddings and a fun role!
Actor Richard Piper says he is the perfect candidate for playing the part of divorced man Lex Dexter in Seven‘s upcoming comedy series Wedlocked — he has been divorced three times. “I can go back over my own life and put some of what’s happened to me into the show,” he told TV Week. Wedlocked is the story of two divorced men (played by Piper and Brandon Burke) who share a house. Into their comfortable, uneventful lives comes a wild Italian woman (played by Dina Panozzo) to ensure they are never bored again. Wedlocked is due to go into production in August. 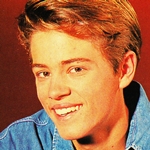 And away we go…!
Home And Away stars John Adam and Matt Doran (pictured) are both leaving the show. Adam’s character Luke Cunningham exits Summer Bay following a romance with Fisher’s (Norman Coburn) daughter Rebecca (Danielle Carter). “Luke’s departure has really more to do with family reasons than a broken heart,” Adam told TV Week. Meanwhile, Doran (Damian Roberts in the series) will exit after two-and-a-half years when his contract expires in October. “I’m not disappointed because this is how soapies work — bringing in people, keeping them there, picking up ratings, taking them out and then bringing in fresh faces again to keep them (ratings) up,” Doran told TV Week. “I really enjoyed the time I had here.”

TV stars in the horrors
Blue Heelers star Lisa McCune and former The Flying Doctors star Brett Climo lead the cast in the new Australian horror-comedy film Body Melt. The film also stars McCune’s Blue Heelers co-star William McInnes, Andrew Daddo, Gerard Kennedy, Tiffany Lamb, Rosemary Margan and former Neighbours star Ian Smith. “If you were an actor who took yourself incredibly seriously, then you’d never have done this film,” McCune told TV Week. “It really was a fun thing to do.” In one scene, McCune’s character Cheryl loses her placenta, which shoots across the room and attacks her husband (Climo). “I loved that scene,” McCune said. “When I read it in the script I thought, ‘Oh my goodness… oops!’.” Andrew Daddo could hardly contain his laughter when he was asked to take part. “The film takes a lot of well known people and kills them — there’s something really glorious about that,” he said. “You are never going to see this sort of s*** going on in Neighbours.”

“If you like your police dramas slick and formularised, then this is not for you. If you like them slightly gritty, but still with a rakish hero — such as NYPD Blue‘s Detective John Kelly (David Caruso) — then this probably isn’t for you, either. But if you fancy a police series that’s written with flair, that is uncompromising and in which the regular characters are flawed, then Between The Lines comes with my wholehearted recommendation. Between The Lines, from the BBC, is not the type of fare usually associated with prime-time slots on commercial networks in Australia. Hopefully, it might be the start of something.”

Program Highlights (Melbourne, June 25-July 1):
FIFA World Cup: SBS’ coverage of the FIFA World Cup from the US continues this week — with mid-morning and overnight telecasts of matches through to Wednesday, and one match on Friday morning. Nightly highlights packages continue to screen 7.30pm and 11.00pm.

Saturday: The Rugby Union Second Test — Australia versus Italy — is broadcast from Melbourne (2pm, Ten). In A Country Practice (7.30pm, Ten), Ian (Paul Gleeson) brings home a destitute, pregnant woman and becomes emotionally involved when he helps deliver the baby — but Claire (Claudia Black) has suspicions about the woman.

Tuesday: In Blue Heelers (7.30pm, Seven), when a bag of snakes ends up on the enquiries desk, there are signs of illegal snake trapping. In GP (8.30pm, ABC), while on work experience, Donna (Tracie Sammut) makes friends with an intellectually disabled girl, Vicki (Nicolle Dickson).

Wednesday: In Heartbreak High (7.30pm, Ten), Stella’s (Peta Toppano) ex-husband arrives to surprise everyone, trying to convince everyone he has changed when really he hasn’t. In Hey Dad! (8pm, Seven), Betty (Julie McGregor) moves to a new flat but a mix-up with the removalists leads to her furniture going to Queensland while she is landed with somebody else’s collection of antiques.

Thursday: TVTV (6.30pm, ABC), the nightly discussion program about television, makes its final appearance… for now. In Beyond 2000 (7.30pm, Ten), Iain Finlay investigates a system which will eliminate every shopper’s nightmare — supermarket check-out queues, while Anthony Griffis looks at how a NASA space suit is helping MS sufferers, and Andrew Waterworth reports on new inflight map information for pilots. In The Damnation Of Harvey McHugh (8.30pm, ABC), Harvey (Aaron Blabey) is rumoured to be gay.