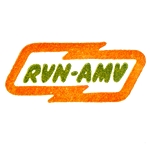 Today marks the 50th anniversary of the official launch of station RVN2 (now a branch of the Prime7 network), based in Wagga Wagga and serving the Eastern Riverina and South Western Slopes districts of New South Wales. Television was not entirely unheard of in the region — as keen viewers could get distant signals from …

END_OF_DOCUMENT_TOKEN_TO_BE_REPLACED 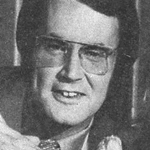 Melbourne radio 3AW‘s Nightline program has put the call out… for co-presenter Bruce Mansfield to be invited to reprise his role of newsreader at Ten in Melbourne on its upcoming 50th anniversary. The idea is reminiscent of Brisbane’s Seven News inviting its founding newsreader Brian Cahill to make a guest appearance on the eve of its 50th anniversary in 2009. Mansfield, with …

END_OF_DOCUMENT_TOKEN_TO_BE_REPLACED

Permanent link to this article: https://televisionau.com/2014/06/can-3aw-get-bruce-back-on-ten.html