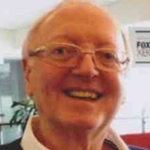 Ian Cook, executive with Sky News Australia, has died at the age of 68. He had been battling illness for some years.

Sky News CEO Angelos Frangopoulos paid tribute to the man they called ‘Cookie’ as a great man of Australian television news and mentor to many young journalists:

“Ian was a great mentor to the many journalists at Sky News and had been a driving force in the establishment of Sky News Australia.

“Ian has left a lasting legacy in Australian journalism, guiding hundreds of young people through their careers, offering advice and support. He had a fearsome reputation for ensuring attention to detail which was driven by his passion for the craft.

“He was very much loved by all at Sky News. For me, he was both a mentor and friend. I will him miss greatly.”

Sky News Political Editor David Speers added, “‘Cookie was a great newsroom leader, never an easy job. He was also the best mentor of young journalists I’ve seen. He was always willing to tell me when I was on the right track or the wrong track.”

Over a long career Cook had also worked in senior roles at the Seven, Nine and Ten networks as well as Sky News in London and New Zealand. Seven CEO Tim Worner has issued a statement:

“He was spirited and talented, and he made an extraordinary contribution to journalism in Australia. He has mentored and led the development and careers of many of today’s journalists.

He played a key role at Seven News in his time at our company. And he was a powerhouse at Sky News. He was still doing great work for Sky News as recently as a few weeks ago. He and his family were and are so proud of that.

Like the fighter everyone who worked with and for him knew him to be, he fought the unbeatable right to the end.”

Permanent link to this article: https://televisionau.com/2014/06/obituary-ian-cook.html