Nine bid for Tenors’ encore
The Nine Network has hopes of snapping up the rights to the reunion concert of the Three Tenors — Jose Carreras, Placido Domingo and Luciano Pavarotti. The concert, to take place in Los Angeles in July on the eve of the World Cup soccer final, is expected to be watched by more than a billion people worldwide.

Livia finds her (Melrose) place
In the early 1980s she had a minor role in the Aussie soap The Restless Years. Then she was a production assistant on Beyond 2000. Now, Livia Hanich is working as associate producer on the popular Melrose Place. “Little did I realise when I was 18, in The Restless Years, that I would be sitting in LA working on such a popular show as Melrose Place, having come off Beverly Hills 90210,” she told TV Week. Hanich got her break in the US when Beyond 2000 was extended into the US market as Beyond Tomorrow. Some part-time classes in line-producing and writing at UCLA then led to her working for Henry Winkler‘s company, Winkler-Daniel. She then moved on to working on Beverly Hills 90210 for two seasons before taking on the associate producer role for Melrose Place. Hanich says one of her favourite cast members to work with is Heather Locklear. “When I first heard she was going to be on the show I thought she would be a prima donna and would make our lives miserable, but she couldn’t have been more professional and turned out the most accommodating of them all.”

Is Backyard feud a load of manure?
Talk To The Animals presenter Dr Harry Cooper has hosed down speculation that he and TV gardener Don Burke are feuding. Rumours have circulated around the industry that the pair haven’t been on the best of terms since Cooper left Burke’s Backyard after five years to host Talk To The Animals. “We still talk to one another all the time,” he told TV Week. “There are no hard feelings. Why should I have hard feelings? My show is very successful. You’ll have to ask him (about his feelings).” Burke was short and to the point when the issue was raised. “There are no bad feelings,” he said. 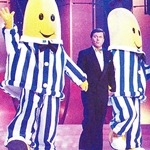 “Taking on the role of Logie Awards host for the first time, Ray Martin proved exactly why he now has a hat-trick of Gold Logies as the most popular star on Australian TV. Ray turned out to be the man for all moments during the Logies — from wandering on stage hand-in-hand with a couple of large bananas (then playing third banana to them), to cracking gags with Grant Shaud and Michael Crawford, to effortlessly and smoothly overcoming a slightly awkward moment with the painfully shy, but monumentally talented, Randy Crawford. Never underestimate the task which confronts a Logie Awards host — it’s daunting, but Ray proved himself more than its equal.”

Sunday: In Heartbreak High (6.30pm, Ten), Jodie (Abi Tucker) is back in town and Nick (Alex Dimitriades) reacts badly to the idea that Jodie had a fling while she was away. The 1994 Eurovision Song Contest (8.30pm, SBS) is on delayed telecast from Ireland. Sunday night movies are Fried Green Tomatoes (Seven), Under Siege (Nine) and The Seventh Floor (Ten).

Monday: In Neighbours (6.30pm, Ten), Hannah (Rebecca Ritters) and Jesse are heroes after they overpower an arsonist at Doug’s (Terence Donovan) house. In Talk To The Animals (7.30pm, Seven), Jane Holmes meets a cheetah at San Diego Zoo who suffers from diabetes, Kelly Pummeroy visits the shark display at the Sydney Aquarium, and Dr Harry Cooper has tips on how to look after a kitten at home.

Tuesday: In Blue Heelers (7.30pm, Seven), Wayne (Grant Bowler) is accused of theft and his future at the station hangs in the balance. In GP (8.30pm, ABC), William (Michael Craig) treats a young girl who was born sexually indeterminate and was surgically corrected at birth. Bruce McAvaney hosts live coverage of the AFL State Of Origin (8.30pm, Seven) match between South Australia versus Victoria from Football Park, Adelaide.

Wednesday: In Hey Dad! (8pm, Seven), Arthur (Matthew Krok) has to come to terms with the fact he is no longer “only a little kid” as everyone makes a fuss of his “terminally cute” younger sister Tessa (Tayce Krok). Andrew Denton hosts the special The Money Or The Gun On Ice (8.30pm, ABC) as he journeys to Antarctica to see how the 19 residents on the island coped with living in isolation for a year.

Thursday: In Home And Away (7pm, Seven), Luke (John Adam) begins teaching his female students ballroom dancing. In Beyond 2000 (7.30pm, Ten), Iain Finlay shows how a simple brain scan could prove to be the first accurate method of diagnosing Alzheimer’s disease, and Dr Caroline West investigates a New Zealand company’s claim to have invented the first bifocal contact lenses.