Molly’s Jacko doco
Ian ‘Molly’ Meldrum and Richard Wilkins are set to co-host a one-hour special based around Michael Jackson. Michael Jackson The Full Story is being produced by Daryl Somers and features exclusive footage of Jackson sourced by Meldrum. “He has access to an extraordinary amount of information regarding Michael’s life and the controversy surrounding recent events,” Somers told TV Week. The show will look at sexual abuse allegations made against Jackson by a 13-year-old which have thrown his personal and professional life into chaos. 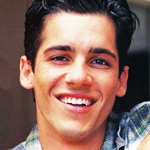 Alex’s new high
“I’m only young — I’ve just turned 20 — and I’m working my heart out on this,” Alex Dimitriades (pictured) told TV Week about the new series Heartbreak High where he leads a cast of teenagers of various multicultural backgrounds. The series is filmed at a former NSW government school which was closed in 1990. Despite some cosmetic changes being done to the building it still maintains much of its rough edges in providing a realistic portrayal of a school in a tough neighbourhood. The series is based on the movie The Heartbreak Kid, which marked Dimitriades’ acting debut, and features Doris Younane, Tony Martin (formerly Reverend Bob in E Street), Stephen O’Rourke, Nico Lathouris, Jan Adele (Trixie in Number 96) and Sarah Lambert (Police Rescue). 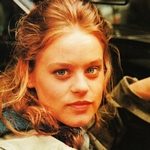 Nadine’s a class act
Nadine Garner, recently seen in SBS drama series Under The Skin and the Australian-UK co-production The Boys From The Bush, is working alongside Absolutely Fabulous co-star Joanna Lumley in the new British series Class Act. Garner is playing the part of a petty crim who gives Lumley’s character, socialite Kate Swift some “street cred” in hunting for her husband’s killer. Garner had no end of praise for her British co-star. “She was an inspiration to me personally and professionally,” she told TV Week. “She’s obviously had a very interesting career and life, and a career resurgence due to Ab Fab, and that’s very exciting for a woman of her age to be allowed a renaissance.” 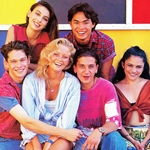 “Heartbreak High is the title of a new series spun off from last year’s successful movie, The Heartbreak Kid. It is packaged for the Ten Network by the movie’s executive producer, Ben Gannon, and Michael Jenkins, who directed the film. And the Ten Network obviously is hoping they will inspire a teen-led ratings revolution on Sunday nights. Heartbreak High replaces another glossy, youth-oriented import, Baywatch. With its slick camerawork and soundtrack by former Dragon member Todd Hunter, it is almost a bridge between the rock videos on Take 40 TV and Beverly Hills 90210. It represents probably the biggest risk taken in drama production by an Australian commercial network in recent years. And, for that reason alone, I hope it works.”

Sunday: In the debut of Heartbreak High (6.30pm, Ten), Nick Poulos (Alex Dimitriades) prepares for his first day back at school, and new teacher Christina (Sarah Lambert) struggles to gain control of her class and win their respect. Sunday night movies are Pretty Woman (repeat, Seven) and Problem Child 2 (Ten).

Tuesday: Today’s topic of discussion on lifestyle series Live It Up (3.30pm, Ten) is ‘Gay Parents’. In Blue Heelers (7.30pm, Seven), there is a fatal car accident in Mount Thomas and what 17-year-old Clare Brady was doing behind the wheel of a local farmer’s utility is anyone’s guess.

Wednesday: In Neighbours (6.30pm, Ten), Ramsay Street is the target of a series of cruel hoaxes. Joy Hruby, Norman Kaye and Noni Hazlehurst star in Grandma’s Teeth, this week’s drama in the Under The Skin series (8pm, SBS).

Thursday: Opera singer Dame Joan Hammond is profiled in documentary series Australian Biography (7.30pm, SBS). In Beyond 2000 (7.30pm, Ten), Andrew Waterworth looks at a powerful software program that is able to detect patterns and connections that will help solve crimes on a large scale.

Friday: Cricketer Michael Whitney makes a guest appearance, as himself, in Neighbours (6.30pm, Ten). Nine crosses to Johannesburg for Day One of the First Test between South Africa and Australia (10.40pm).