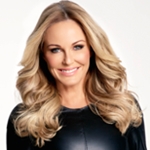 Charlotte Dawson, television personality and prominent anti-bullying campaigner, has died at the age of 47.

Her body was discovered earlier today (Saturday) in her Sydney apartment. Police say there are no suspicious circumstances.

New Zealand-born Dawson started her career as a model and later came to Australia as fashion editor for Woman’s Day and New Idea magazines. She made her first TV appearances presenting fashion reports for Good Morning Australia and E News.

She was a panellist for Beauty And The Beast and appeared on programs including Today, Burke’s Backyard and The Footy Show as well as hosting How’s Life and Getaway for New Zealand television.

She was a judge for five series of Australia’s Next Top Model for FOX8 and hosted the 2008 series final after regular host Jodhi Meares had stepped down at the last minute.

Her battles with depression and mental illness have been well reported and documented. In 2012 she was hospitalised after receiving an onslaught of social media bullying.

She became a prominent anti-bullying campaigner — including ambassador for anti-bullying organisation Angel’s Goal — although was criticised for one incident where she confronted some of her online bullies in front of TV cameras. She later forgave and maintained a friendship with some of those tormentors.

She was a contestant on a series of Celebrity Apprentice and her last TV appearance was yesterday (Friday) on the Nine Network‘s Mornings program.

Her marriage to former Olympic swimmer Scott Miller ended in 2000.

Permanent link to this article: https://televisionau.com/2014/02/obituary-charlotte-dawson.html