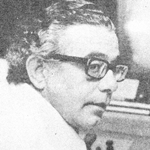 Peter Benardos, one of the pioneers of television in Australia, has died at the age of 85.

Born in Mittagong, NSW, Benardos began his career in radio, working as a panel operator at Sydney radio station 2GB. He later became involved in the development of television in Australia.

In the 1970s he was a director for Number 96 and directed its accompanying feature film. He was involved in production in the early days of Channel 0/28 (SBS), working on programs including the station’s opening night telemovie Three Sea Wolves and one of its first current affairs programs, Scoop.

In the mid 1980s he directed episodes of Neighbours and in retirement was involved in the first series of Australia’s Most Wanted.

Other production work included corporate and training videos for McDonald’s.