Angel’s little devil
In Home And Away, Shane’s (Dieter Brummer) realisation that former street kid Angel (Melissa George) had a baby at the age of 14 has led the couple on a journey to find the three-year-old child that was taken away from her. “Angel has always wanted to go back and see her child, but what stopped her was knowing it would be, ‘Like hey, you’re not my mummy any more’,” George told TV Week. “But Angel knows she gave birth to him. She is his mother and she tries to see him, and is allowed to, but Dylan (Jimmy Lucini) has no idea of who she is.”

Olivia coup for SBS
SBS has scored a coup with Olivia Newton-John agreeing to take part in a documentary on breast cancer. Reporter Helen Vatsikopoulos and SBS production crews were allowed full access to film at Newton-John’s Byron Bay home, and the nearby recording studio where she is working on a new album, for a documentary where she talks at length about how the disease affected her life. The program will screen as part of The Cutting Edge series in February.

Funny girls get the green light
The Seven Network has given the green light to a comedy series featuring the female line-up from Fast Forward — Magda Szubanski, Marg Downey, Jane Turner and Gina Riley. The series of eight half-hour episodes will go into production later in the year and is expected to go to air in 1995. The project currently has the working title Fast Women and will be produced by Artist Services, producers of Fast Forward and Full Frontal.

“All the messages we’ve heard coming out of America about Steve Bochco‘s new series NYPD Blue have concerned only three things — sex, sex and more sex. Its arrival prompted America’s TV Guide to cover on ‘The Furore Over R-Rated Network TV’ and get all misty-eyed over recollections over Mary Tyler Moore and the time she played a single woman who admitted she was on the Pill. (But) relative to what we are used to seeing on Australian television in terms of explicitness, NYPD Blue is not blue at all. In fact, it’s fairly tame. Apart from one or two scenes that are a little raunchy, it also contains some violence and a few expletives, but nothing you’re not going to hear on Blue Heelers.” 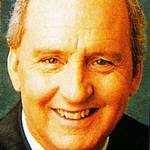 Tuesday: In Blue Heelers (7.30pm, Seven), Maggie (Lisa McCune) and PJ (Martin Sacks) lock horns when a local activist is found shot dead — is he a victim of irresponsible duck shooters or is the killer a lot closer to home? 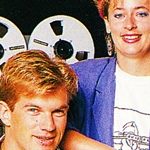 Thursday: In Beyond 2000 (7.30pm, Ten), Amanda Keller visits the US to report on the technology involved in staging a rock concert, and Simon Reeve is in Canada where environmental scientists have discovered a reliable method of detecting pinhole-sized leaks in pipelines.