The great soap exodus!
Aussie dramas Neighbours, A Country Practice and Home And Away are expected to lose a number of key cast members over the coming months as their contracts expire.  Neighbours is set to lose cast member Lochie Daddo, while co-stars Scott Michaelson, Simone Robertson and Rachel Blakely have yet to renew their contracts. Meanwhile, Gavin Harrison has already finished up with A Country Practice, with his last storyline involving guest star Rebekah Elmaloglou. Harrison’s co-star Kym Wilson is signed on until the end of the year but no decision has been made beyond then. Judith McGrath, who plays Bernice Hudson in A Country Practice, is to make a dramatic departure from the series soon. Over at Home And Away, Mat Stevenson will leave at the end of the year after four years in the popular series. 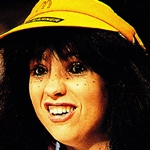 Look who’s back!
Kylie Mole, from The Comedy Company, is making her TV comeback in the upcoming series return of Kittson Fahey. Mole, played by Maryanne Fahey, has now left school and is working at a fast food outlet. “Fair dinkum, customers suck!” she says, twirling her chewing gum. And another familiar skit from The Comedy Company is also to make a comeback — the bedroom skit featuring Fahey but this time without her now ex-husband Ian McFadyen. Actor Phil Scott takes McFadyen’s place in the marital bed as he listens to her marriage break-up woes. The new series of Kittson Fahey is due to air towards the end of the year. 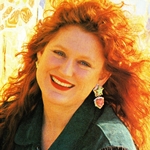 The daddy of ’em all!
This week Hey Dad! celebrates its 250th episode. By the time the series wraps up for the year it will have completed 265 episodes and will rank as one of the ten longest-running sitcoms in the world. Julie McGregor (pictured), who plays scatterbrained secretary Betty Wilson, and Robert Hughes, as her frustrated boss and single dad of three, have been with the show since the first episode. McGregor recalls that the Betty character had her origins in a much earlier series. “Betty, basically, was kind of an extension of a character that I did on The Naked Vicar Show, and I always wanted to have a chance to explore that character outside of revue, because in it, she was just a silly sort of character,” she told TV Week. “When Hey Dad! took off, Betty actually became an amalgam of that character and ended up having a life of her own. I seem to have always played daffy characters on TV, for some reason, and maybe it will haunt me for the rest of my life, but I’ve always enjoyed playing them.” Since its debut in 1987, Hey Dad! has been sold to 20 countries. 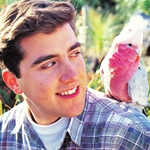 “If you can remember the Sixties, so the saying goes, then obviously you weren’t having a good time. Obviously, though, there were some who had a rotten time, because they have done little else but reminisce in the media for the two and a bit decades since. And I swear I did a double take just the other day when a with-it young thing who works in this building wandered by. She was wearing bell-bottom trousers and a tie-dyed T-shirt, notwithstanding that she’s probably never heard the term “psychadelic”. I hope she tunes in to the ABC on Sunday night. There she will see the previous incarnation of her fashion sense in archive film shot mainly on the streets of that very large Californian hippie commune which we know as San Francisco. Flashing On The Sixties, A Tribal Document is based on Lisa Law‘s book of the same name and produced and directed by Law. It features many names and faces synonymous with Sixties music, films and the counterculture generally.”

Program Highlights (Melbourne, July 18-24):
Sunday:  Sunday night movies are Not Without My Daughter (Seven) and Proof (Ten), while two-part mini-series Switched At Birth (Nine) debuts. Live coverage of the Davis Cup (10.55pm, Seven) from Italy continues into the early hours.

Monday:  In A Country Practice (7.30pm, Seven), Anna (Anne Looby) is threatened with legal action over her treatment of a badly injured horse; and Frank (Brian Wenzel) is hurt by his friends’ lack of enthusiasm for his holiday photos from India.

Thursday: Pria Viswalingam hosts the new travel series Fork In The Road (7.30pm, SBS) — this week looking at Egypt. In Police Rescue (8.30pm, ABC), the city’s underground rail system comes to a halt as Rescue search for an old lady and two children lost in the tunnels. The Ashes Fourth Test — England versus Australia — begins at Headingley, England (8.30pm, Nine) and continues over the next four nights. 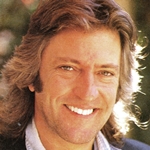 Friday: John Waters (pictured) hosts the series return of A Dog’s Life (6pm, ABC), a series following international sheepdog trials. In Home And Away (7pm, Seven), Bobby (Nicolle Dickson) breaks down and admits her confusion over her marriage.

Saturday: In Beyond 2000 (7.30pm, Seven), Simon Reeve investigates how store lighting in supermarkets aids a new pricing system; Amanda Keller checks out a mathematical model of cycling at the SA Sports Institure; and Dr John D’Arcy reports on a new safety treatment for windscreen glass to keep wiper blades clean and sharp-edged.