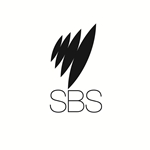 SBS has secured a landmark deal to maintain exclusive access to coverage of the Tour de France for the next ten years.

The deal, which includes online, pay TV and mobile rights, will keep the popular event on SBS until 2023.  Also included in the agreement are the rights to Vuelta, Paris-Roubaix, Liege Bastogne Liege, Fleche Wallonne, Criterium du Dauphine, Paris-Nice, Paris-Tours as well as the Dakar Rally and the Paris Marathon.

“SBS has built its expertise in cycling over the past two decades and we are now the premiere home of cycling in Australia. The Tour is at the heart of SBS and this agreement is wonderful news for Australian audiences who will be able to watch it on free-to-air television as well as all of our new media platforms for the next 10 years.

“SBS has been with cycling since its beginning because we believe in giving exposure to sports which unite communities. Today, cycling is one of the most popular participation sports in the country and this agreement ensures it is accessible to all Australians in the future.”

The Tour de France was first broadcast by SBS in 1991, with coverage comprising only a nightly half-hour highlights package.  This year’s broadcast coverage, which concludes this weekend, has included four hours live-to-air every day of competition, plus highlights packages in prime time and early morning on SBS1.

Six million viewers watched the Tour de France on SBS last year, making it one of their most watched programs.

Permanent link to this article: https://televisionau.com/2013/07/sbs-signs-ten-year-tour-de-france-deal.html